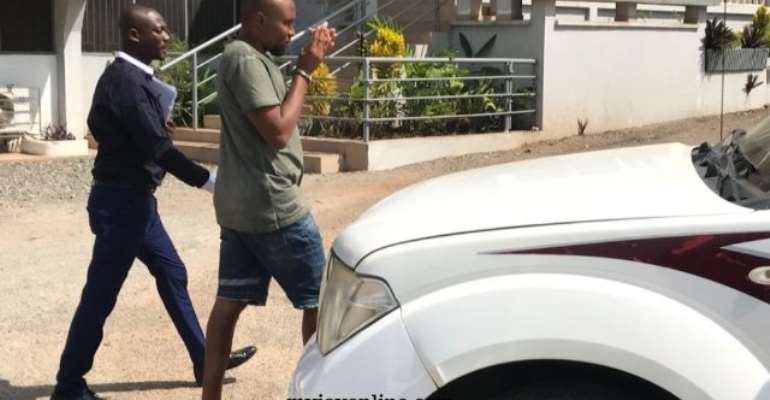 A Koforidua-based journalist has been charged with three counts of defrauding by false pretence for impersonating Director of Communication at the Presidency, Eugene Arhin.

Joseph Ofosu alias Nartey is said to have promised people he will secure them auction cars and have them nominated as Metropolitan, Municipal and District Chief Executives (MMDCEs).

Court documents cited by JoyNews revealed that Mr Ofosu had introduced himself as Mr Arhin and demanded various sums ranging from ¢1,000 to ¢3,000.

The Director of Communication at the Presidency in August 2019 lodged a complaint at the Bureau of National Investigations (BNI) listing the phone number the journalist had allegedly used to interact with his victims.

Eugene Arhin is the Director of Communication at the Presidency

Investigations by state prosecutors revealed that the journalist allegedly asked his victims to deposit various sums into a number of mobile money accounts.

One of the accounts is said to belong to his girlfriend.

The girlfriend according to the documents filed in court informed the police her boyfriend had asked her to send some monies to him since he had asked people to send it into her account.

The journalist was on Thursday charged before the Kaneshie District court and remanded into police custody pending further investigations.