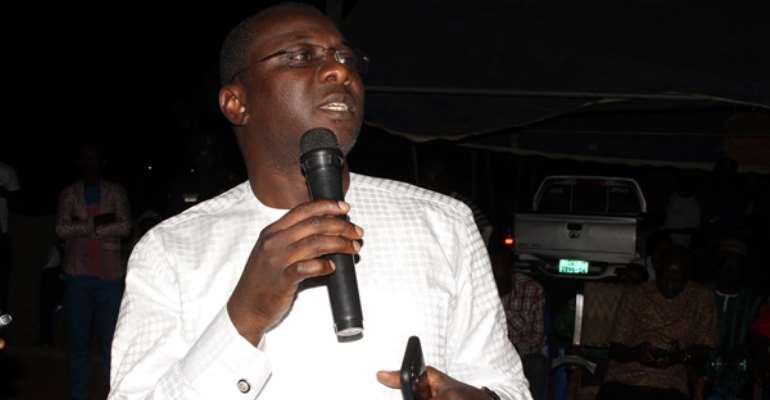 Some 354 communities in the Upper East Region will be connected to the national grid under the second phase of the Thengashep rural electrification project, according to the Deputy Minister of Energy Dr. Mohammed Amin Adam.

He noted that government has secured $140 million from Standard Chartered Bank to continue the project which is geared towards achieving universal access to electricity by 2025 and improving livelihoods of all localities across the region.

The Thengashep rural electrification project started in 2012 with the target of connecting 500 communities and 88,917 households to electricity in the Upper East Region but not all the communities were connected within the four years under Phase One of the project.

It is for this reason that, the government secured funding to complete the partially completed communities and connect other new communities to the grid to accelerate development in the region.

Speaking at the commissioning of Bongo Street lighting system in the Upper East Region, Deputy Energy Minister Dr. Mohammed Amin Adam disclosed that, the environmental and social impact of the project will be conducted soon for the commencement of the project.

“President Nana Akufo-Addo has instructed us (Energy Ministry) to extend electricity to any community with productive activity and get all communities in the country connected to electricity by 2025.”

“…And we need it for several reasons because without electricity everywhere in Ghana not everywhere will get the One-District-One-Factory, not everyone will benefit from Free SHS especially the teaching of ICT and without it we will not be able to accelerate development in Ghana”.

“Many accidents involving motor and bicycle riders in the town have occurred in the night as a result of the absence of streetlights and therefore this modern street lighting system will ensure that, miscreants no longer take advantage of the darkness to commit all kinds of crime in the area.”

“Let me appeal for the timely release of materials for the completion of the electrification projects in Akundua, Ayelbia, Vea, Apuwongo, Goo, Asakulse, Kantia, Beo Nayikura, Sambolgo and others while work have stalled due to lack of materials”.

The Bongo district ultra-modern street lighting system which consists of steel galvanized poles, underground cables and automatic control cubicles is the first of its kind in the Upper East and Upper West Regions.