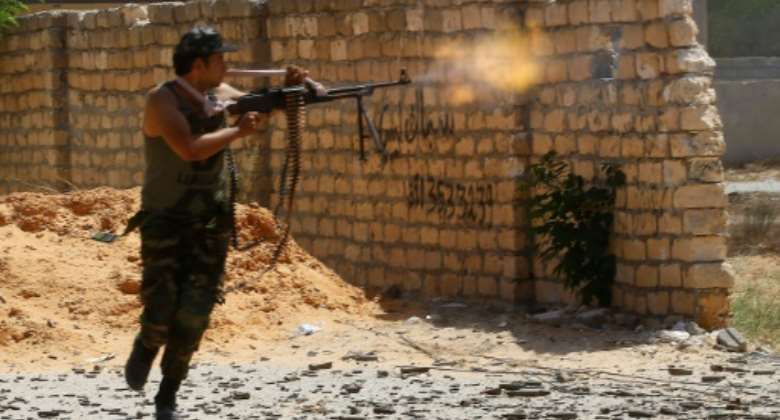 A fighter loyal to the internationally recognised Libyan Government of National Accord. By Mahmud TURKIA (AFP/File)

Turkey's parliament was set to pass a bill on Thursday approving a military deployment to Libya, hoping it will shore up the UN-backed government in Tripoli.

President Recep Tayyip Erdogan's office confirmed last Friday that a request for military support had been received from the Tripoli-based Government of National Accord (GNA).

No details have been given on the scale of the potential deployment, and Vice-President Fuat Oktay told state news agency Anadolu on Wednesday that no date had yet been set.

He described the parliament motion as a "political signal" aimed at deterring Haftar's army.

A UN report in November said several countries were violating the arms embargo on Libya in place since the overthrow of its long-time dictator Moamer Kadhafi in 2011.

The Libyan conflict is expected to be a key topic of discussion when Russian President Vladimir Putin visits Turkey next Wednesday.

It is expected to be a key Turkey and Russia have managed to work closely on Syria despite supporting opposing sides in that conflict.

Haftar has previously ordered his forces to target Turkish companies and arrest Turkish nationals. Six Turkish sailors were briefly held by his forces over the summer.