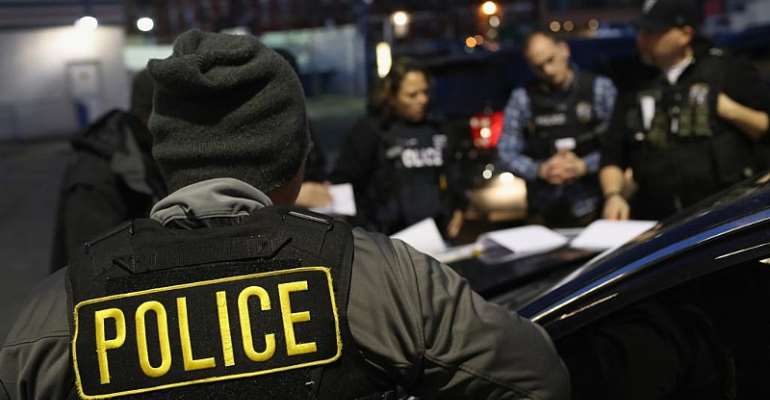 A French citizen, native of Angola, died in the custody of US immigration agents in hospital in Albuquerque, New Mexico, according to immigration officials. French consular services have been notified, and are trying to locate the person's relatives.

A statement from the Immigration and Customs Enforcement (ICE) on Wednesday said the detainee had died on Sunday at the Presbyterian Hospital in Albuquerque while in federal custody. ICE did not provide identifying information, except to say that he or she was "a 40-year-old native of Angola and citizen of France."

According to Buzzfeed news, the detainee was a man who had been in ICE custody since 12 November. He had been held at the Otero County Processing Center until 11 December, when he was moved to the Torrance County Detention Facility, whose staff sent him to hospital for treatment.

"An autopsy is pending to determine the official cause of death," ICE said, without providing any information about why the detainee was taken to hospital, where he or she was detained or for how long.

The statement also said that the Consulate General of France in Washington has been notified and that French officials "are attempting to locate the next of kin."

This is the latest in a number of deaths of immigrants in US custody during crackdown on illegal immigration, which has been central to US President Donald Trump's administration's platform. The US has implemented measures to cut down on people crossing over its southern border.