A Ghana Of 55 Ambulances Is Over 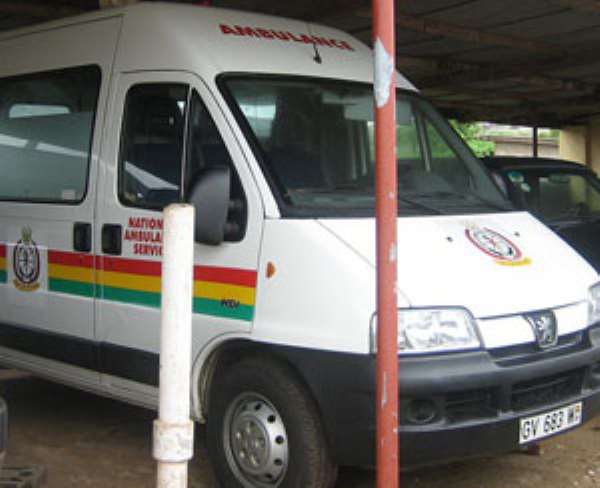 Our country, for far too long, has been bedeviled by an ailing emergency health response services. Chiefly among these challenges has been the shortfall in the ambulance fleet and the few that are left are rickety, out of shape and fall short of the standard.

Ghana with an approximate population of 30 million people currently possesses an ambulance strength of 55. The statistics indicate that 1 ambulance is shared by over 520,000 Ghanaians. Owing to the excruciating defects in the timely emergency systems, many are those who were sent to their early graves.

Upon the assumption of power in 2017, President Nana Akufo-Addo was fixated on improving access to curative and emergency services, featuring paramountly was his vision to procure ambulances for each of the 275 Constituencies and to supply another set of ambulances to major health facilities dotted around the country as promised under the One Constituency-One-Million Initiative.

In consonance with his DNA as a covenant-keeping and visionary President, a total of 307 ambulances have touched down in the country and are ready for distribution on January 6, 2020, in a manner elucidated in the foregoing.

As if that was not enough, the Nana-Addo government has successfully cleared the Ghc1.2billion legacy debt of the National Health Insurance Scheme inherited from the John Mahama administration to make it efficient with the adequate capacity to finance health services on a timely basis.

Likewise, our emergency health services have been sophisticated with zipline drone technology to ensure, secure, reliable and timely deliveries of essential health care products to hospitals and other health facilities.

Today, the age of Ghanaians involved in motor and other forms of accidents dying because they do not have access to ambulances is OVER, the era of people resorting to transporting patients requiring emergency health services with taxis, private cars, trotros, and motorbikes is GONE and BURIED. The period of having our pregnant mothers crumpled at the back seats of cars to health facilities is now a WRITTEN HISTORY.

The age of Ghana’s mortality rate increasing due to shortage of ambulances will now be CONSIGNED to the HISTORY BOOKS to be read by generation unborn. Thanks to the unrelenting efforts of President Nana Akuffo-Addo to fix our broken health sector.

The Mahama led NDC administration in 2017 handed over a National Ambulance Service of 55 ambulances serving 29 million citizens to President Nana Addo. Has the rest of the ambulances flown to neighboring Burkina Faso too?

Expectedly, the national ambulance fleet has received a massive boost under the tutelage of the Nana-Addo led NPP administration. The yawning difference in the management of the National Ambulance Service is an illustrative case of how successive NPP administrations have outwitted the NDC in terms of governance proper. Shalom!