Police Promotion, Akufo Addo Knows How To Buy His Way Through Ghanaian Politics 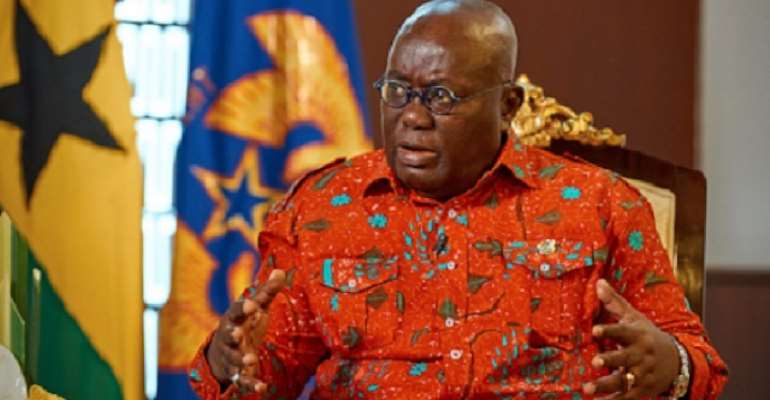 Even though I never studied political science before, politics in western Europe, especially in Belgium, has given me ample knowledge to identify a very bad government from a good one.

Mahama did many mistakes, including his involvement in corruption scandals but he is one of the best Ghanaian leaders.

Which political leader in Africa will accept or openly claim that he is ineffective or poor in leading a country? Akufo Addo is not satisfied with himself, therefore, he is building a defence.

Have Ghanaians experienced what has transpired in the country under any democratic rule?

Since Akufo Addo took office, his involvement in corruption scandals, his hold up in Nyantakyi’s pocket, his nepotism characterized government, abortive coup attempt, etc, all pose as a threat to him, no matter how brave he wants Ghanaians to see.

I have said it before; I will repeat that Akufo Addo has no chance to rule for the second time in any developed country, unless Africa.

Whatever takes place on the black continent never occurs in any developed world. This is one of the reasons despite our wealth, Africa can't progress.

Why did Akufo Addo suddenly promote police officers in the time when an election is very close?

Even though he knows he is going to win, he is probably not sure of what will happen or believes there is going to be political unrest in the country, after declared a winner.

Who told you that Nana Akufo Addo is not worried about the incompetence of his administration with over 123 ministers?

Who told you that Nana Akufo Addo is not worried about the corruption scandals he and his ministers are involved but swept under the carpet?

Who told you that Nana Akufo Addo is not having sleepless nights about the poor corrupt judiciary system in the country?

Akufo Addo may not be considered a clever leader by many Ghanaians, yet, he is not stupid, he knows whatever he does.

He is, therefore, building a defence or protection through the Ghana police, should in case political violence erupts in Ghana after declared a winner, the police force would arrest the situation.

Ghanaians mustn't forget that he has been accused several times of building secret militia groups in the country. If that has been exposed, he will build one legally, hence, the promotion of the Ghanaian police officers.

Akufo Addo has been talking against violence all the time and has been appealing to Ghanaians not to resort to violence. That actually makes him a leader interested in peace.

But the question is: why is he afraid of something that may not happen? Is he scared that his incompetence will come back to haunt him?

The promotion of the 6,000 police officers must serve as a warning to those who will encourage violence in the country if he is declared a winner.

Money is power, therefore, those police officers can suddenly become killers to defend the president. Ghanaians beware! That is how I study my politics and I strongly believe that any intelligent political analyst will agree with me.

In fact, I am very glad that I don't have any relative in Ghanaian politics because if I have one, he will definitely pray for my premature death. My articles reveal that I don't commend incompetent politicians because there is never efficiency in Ghana politics.

More Feature Article
ModernGhana Links
The Role of Tax Haven in Money Laundering Activitie
NPP Is the Lesser of Two Evil Political Parties
Hello, Mr. Baako, Nkrumah’s Ghana Was Thoroughly Corrupt
Ghanaians Mustn’t Be Proud That Ghana Has Become An Incurable Corruption-Infested Country
Chronology of the Tradition of the United Party (UP)
Production of National Security Strategy Document Puts Akufo-Addo Well Ahead of the Pack
The Days of Redeployment or Dismissal of Public Servants on live Radio and TV are Long Gone; Adhere to the Labour Law
Professor Moghalu’s Journey and Personal Story
Papers Instead of Human Lives: The Sentencing of Daniel Hale
TOP STORIES