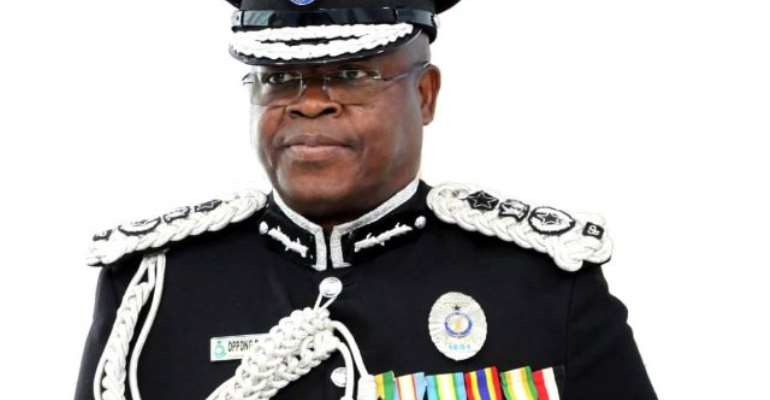 Ghana's Inspector-General of Police, James Oppong-Boanuh, is on a warpath declaring that the police will go after any vigilante group and trouble makers who seek to perpetrate violence in the December 2020 Elections.

The IGP says such dangerous characters will be made to face the full rigours of the law.

He has also assured maximum protection for policemen in the country in the election year.

“Let me say that we will depend on each and every one of us living in Ghana to be able to secure Ghana during the year 2020," he emphasised.

“It was quite bumpy for us. There were robberies, there were kidnappings, but in all these, we made a lot of arrests.

“We were able to arrest the perpetrators and then most of them are before court for now,” he stated.

Speaking at Action Chapel on the sidelines of the 31st December vigil service, he stated that ensuring security in the country was the duty of all citizens.

He, therefore, called for collaboration between the public and the police to ensure maximum security in the country.

“We expect everybody to play his part and to ensure that we deliver the security that the country needs,” he said.

He also commended institutions that are already doing their part to ensure maximum security in the country.

Speaking in an interview with Joy News’ Maxwell Agbagba he stated that he was satisfied with some arrangements made by churches to ensure their congregation are protected.

“I am satisfied with the security arrangements by the church itself. Everybody has been screened and that for me is a very important thing,” he said.

The Inspector-General of Police said that “on occasions when you have a large number of people gathering, particularly in respect of church services and festive occasions like these, you have criminals joining them and trying to do the tricks.

“So it is necessary that we also deploy a number of personnel within all the congregations. We have deployed some detectives, some intelligent officers, mingling with the congregation so that whatever criminal minds might want to do will be nibbed-in-the-bud,” he added.

He ensured that adequate measures will be put in place to ensure that the country’s peace is not distorted during the election period later this year.

Anti-LGBTQI+bill not to engender hatred for persons, meant t...
25 minutes ago

JB’s two phones tendered in as evidence
25 minutes ago