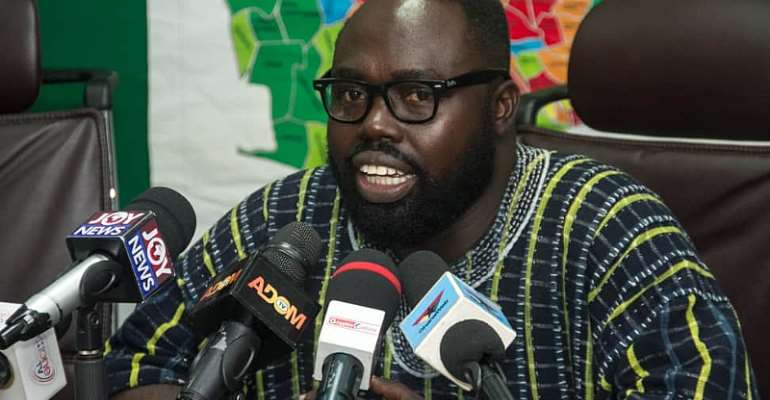 The National Democratic Congress (NDC) Ghana's largest opposition party is calling on all well-meaning Ghanaians to ignore an election report put together by the Economic Intelligence Unit (EIU) which favours the NPP ahead of Election 2020.

The opposition claims that the true reflection of the odds is the suffering Ghanaians are witnessing in the hands of a super-incompetent Akufo-Addo and his ruling NPP.

The NDC says that it is unfazed about the latest report released by the EIU that predicted a win for the governing New Patriotic Party (NPP) in the 2020 general elections.

The report released on December 30, 2019, showed that the Akufo-Addo Administration is still regarded as a better custodian of the economy compared to a John Dramani Mahama led government.

It also among other things observed that it will be difficult for the opposition NDC under former President John Dramani Mahama, to portray itself as the better custodian of Ghana's economy, especially as the country's growth outlook looks fairly strong.

But the NDC is convinced that its flagbearer, John Dramani Mahama will be elected President at the polls.

A Deputy General Secretary of the party, Peter Otokunor speaking on the chances of the party ahead of the 2020 polls, said there would be true ‘a change of government’.

“There will be an obvious change in government. The NDC will be winning the December 7 polls and President Mahama will become the President again. While we look at 2020 with hope, we are not oblivious of the fact that 2019 was that of misery and hardship. People had really gone through tough times”, he told Citi News.

Portions of the EIU report reads:

“The campaign for the 2016 election was dominated by public concerns over a faltering economy, which many Ghanaians still associate with Mr. Mahama. As a result, The Economist Intelligence Unit believes that it will be difficult for the NDC under Mr. Mahama to portray itself as the better custodian of Ghana's economy, especially as the country's growth outlook is fairly strong. We, therefore, expect Mr. Akufo-Addo and the NPP to secure re-election in 2020. “

It, however, hinted that, if the NDC can present a coherent opposition and hold the NPP to account on an unfulfilled campaign promise —particularly on infrastructure development, as well as private sector development such as job creation and industrialization, where progress has been generally slow and success patchy—the election could be ‘closely contested’.