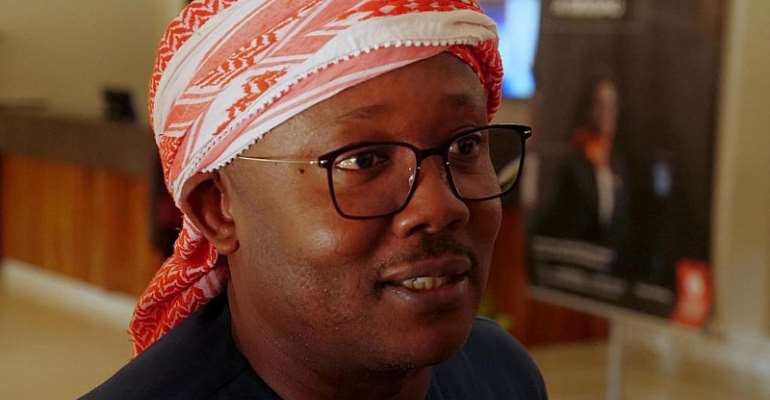 Embalo, 47, takes over from incumbent President Jose Mario Vaz, whose tenure was marred by political infighting, an ill-functioning parliament and corruption.

He served as prime minister under Vaz from 2016-18 and faces the difficult task of overcoming a long-running political impasse and modernising the West African country of 1.6 million people. Since gaining independence from Portugal in 1974, the country has suffered nine coups or attempted coups .

Pereira, from the ruling PAIGC party, had won easily the most votes in the November first round. But Embalo's candidacy gained support from the main contenders who failed to reach the run-off, including Vaz.

A unifier facing huge challenges
Embalo, who likes to wear a red and white Arab keffiyeh headress, sees himself as a unifier. He stresses his marriage as a Muslim man to a Christian woman and makes his political pitches in Portuguese Creole, Guinea-Bissau's grassroots language.

But he faces many challenges including widespread poverty and an unstable political system in which the majority party appoints the government but the president has the power to dismiss it.

There have been seven prime ministers since Vaz took over in 2014 and political instability has hurt the economy. Prices for cashew nuts, the main income source for more than two-thirds of households, are volatile.

The General denies he's a bandit
Embalo earned the nickname "The General" after serving as a reserve brigadier general in the 1990s.

Born in the capital city Bissau, he is a member of the Fulani ethnic group, and studied social and political science in Spain and Portugal. A father of three, he's a football fan and supports Belgian team Standard Liege.

He sought early retirement from the army in the 1990s, and went into business, including an investment fund set up by the regime of ousted Libyan dictator Moamer Kadhafi.

In October, Prime Minister Aristide Gomes of the PAIGC, accused him of plotting a coup; charges Embalo denied.

"I'm not a bandit and I never get involved in subversive actions. Those who know me know that I am not violent," he told AFP at the time.