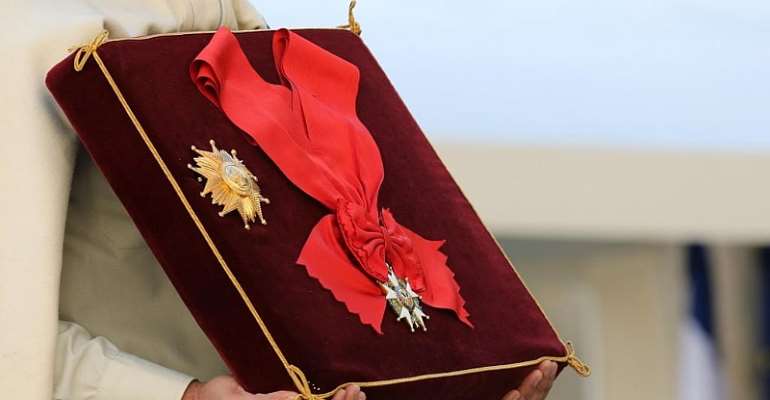 French President Emmanuel Macron appears to have put strained relations over Brexit to one side and plans to award London its highest honour in recognition for its role in welcoming and sheltering French leader Charles de Gaulle during WW2.

According to a journalist at Le Figaro, Macron plans to present London with the Légion d'honneur (Legion of Honour) to commemorate how it acted as a base for French leader Charles de Gaulle who was exiled there during the Second World War.

As leader of the Free French Forces, de Gaulle made his famous Appeal speech from London on 18 June, 1940 calling on the French people to rise up against the German occupation.

Figaro journalist Arthur Berdah said Macron was set to make the official announcement on 18 June this year to mark the 80th anniversary of The Appeal.

The Legion of honour was established in 1802 by Napoleon Bonaparte to reward military and civilian merit. The order's motto is Honneur et Patrie (Honour and Fatherland).

While it is most often handed down to individuals, it can also be awarded collectively to cities, institutions or companies. Cities include Algiers (2004), Brazzaville (2006), both of which served as bases for the Resistance during WW2.

Hereditary enemies or allies?
Reaction to the news of Macron's intentions was mixed.

Éric Bocquet, chairman of the Franco-British friendship committee within the Senate told Britain's Daily Express the honour would be “a way of holding out a hand to the UK after Brexit”.

But some comments on Le Figaro's website were less elogious.

“Napoleon must be turning in his grave," read one message.“He created the medal and was then exiled to Saint Helena by none other than the English.”

Another questioned the wisdom of giving the award to "our hereditary enemies”, in reference to the many wars Britain and France have fought over the centuries.

The Legion of honour consists of a five-armed asterisk hung on an oak and laurel wreath attached to a red ribbon.

It confers no material or financial benefit but is considered very prestigious.

Every year a maximum of 2,800 French citizens can be given the award, whether members of the military or civilians. 320 foreigners can also receive the honour each year but they do not become members of the Legion.

In 2017 Emmanuel Macron announced France would be drastically cutting down the numbers of gongs handed out as part of promises to clean up standards in public life.