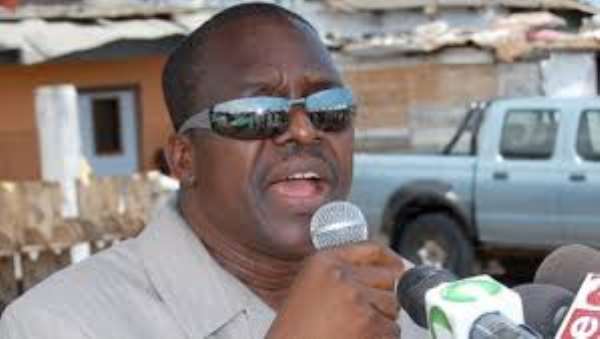 The Second Deputy Speaker of Parliament and veteran MP for Nadowli/Kaleo constituency, the Rt. Hon. Alban S. K. Bagbin, yesterday joined the Chiefs and people of the Duong community to commemorate their annual homecoming get-together.

He was accompanied by the NDC Parliamentary candidate for Nadowli/Kaleo, Mr. Anthony M. Sumah, Hon. Suglo S. Kuubuongdugra who is a former DCE of the Nadowli/Kaleo District, Members of the NDC Constituency Executive Committee who were led by the Constituency Vice Chairman, Hon. Bartholomew Nambazing, some Branch Executive Members and other die-hard supporters of the NDC.

This annual event brings all sons and daughters, both far and near, to the Duong Community to re-unite with their culture and ancestry. The occasion is also used to hold town hall meetings to deliberate on the development of the community.

Speaking as the Guest of Honour at yesterday's event, the Second Deputy Speaker of Parliament first and foremost applauded the Chiefs and people of the Duong Community for reuniting with their culture and ancestry, and for leveraging on the unity to fight for development for the community.

He advised the youth to abstain from social vices such as sexual immorality which he said can ruin their futures beyond redemption.

He reminded the people of his contributions to the development of the community in the areas of education, health, road network infrastructure, portable drinking water and rural electrification.

On the Duong Bone-setting Center, he stated that he was not involved by leaders of the new facilities at the center even though he was the first to erect a modern facility for the bone-setting center.

He however indicated his readiness to help the people of Duong to complete the uncompleted structures at the bones-setting center.

He asked for a project proposal so he could use it to help raise the needed funds.

He promised to fix all streetlights in the Duong community. He also pledged to buy drums for the community.

After his speech, he used the opportunity to properly introduce the NDC parliamentary candidate, Mr. Anthony Mwinkaara Sumah, to the people and called on them to vote for him to come and continue the good works of the NDC in the Duong Community.

He described the NDC parliamentary candidate as his son and his successor before extolling his virtues as youthful, respectful, humble and hardworking.

Hon. Bagbin donated a cash amount of Ghc1000.00 in support of the organization of the event. He also contributed to the Duong Development Fund which was launched yesterday.

In the words of Mr. Anthony Sumah, he thanked the people of Duong for always standing behind Hon. Bagbin and the NDC and reiterated his resolve to support the development of the community when voted into office.