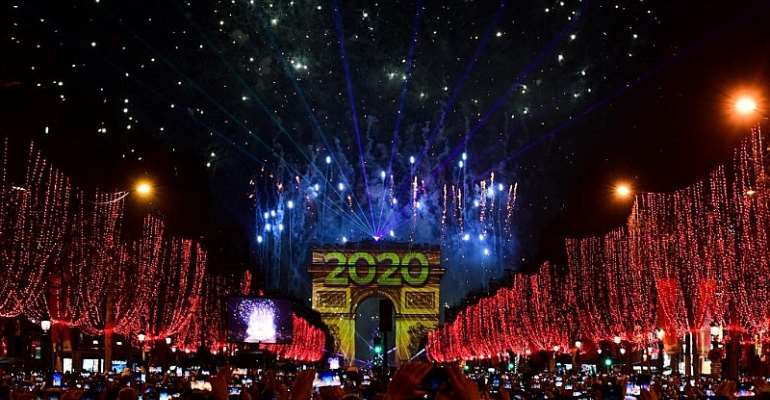 Well here we are after another tumultuous year, which we brought to you through our website, videos and sounds and which has seen our traffic almost double over that time. There was a wide range of subjects that caught your attention with the principle geographic focus being France, followed by Africa and Asia.

This was also reflected in our daily radio program that covered these subjects through a wide range of diverse interviews and with experts in all walks of life from politics, international affairs, culture and sport. Over the coming year, we hope to do the same and more besides. But in the meantime here are the top 20 stories of the past year that garnered the most attention from our readers. Happy New Year.

A herd of some 250 elephants has been spotted in Nigeria's far northeast, close to the borders with Cameroon and Chad. It is the first reported sighting of elephants in the region since the Boko Haram jihadist insurgency began a decade ago.

A French court has ruled that the death of a man, who suffered a heart attack while having sex during a business trip, was work-related. The decision means the man's employer is responsible and must cover costs related to his death.

Known as the "ghjattu-volpe" in Corsican, the 'cat-fox' could be a new species of feline, according to researchers from the National Office for Hunting and Wildlife (ONCFS), in charge of a study dedicated to the animal, presented to the public on Friday.

France launches it national forum - or grenelle - on domestic violence in Paris today, after the 101st victim of a feminicide died yesterday. The woman was killed by her husband. The man allegedly beat his 92-year-old wife to death with his cane.

France's emergency services have been on strike for the last six months, with personnel at breaking point. The new measures announced by the health minister on Monday are seen by doctors' representatives as too minor to make a real difference.

The last ship known to have brought slaves from western Africa to the United States has been discovered on the bed of the Mobile river in Alabama. In 1860 the Clotilda made her final voyage from the coast of modern-day Benin to Alabama with a cargo of 110 captives - women, men and children- who were sold into slavery.

China's president and Communist Party chief Xi Jinping said in a speech on Wednesday that unification of Taiwan with the mainland is "inevitable," warning that Beijing may use force to get the rebellious province back in the fold. The speech marked the 40th anniversary of an earlier “letter to Taiwanese compatriots.” But he hardly paid attention to another, more significant anniversary.

8.The truth about Female Genital Mutilation in Egypt and beyond

Female Genital Mutilation, or FGM, is torture, according to the United Nations. It is a human rights violation and an extreme form of discrimination against girls and women. Where did the practice originate – and why does it continue? RFI's Anne-Marie Bissada went to Egypt to ask the questions.

Maeva Coucke, Miss France 2018, was one of several contestants who slipped and fell on the runway during the swimsuit competition of Miss Universe, ahead of the final gala evening on Sunday in the US city of Atlanta.

Members of Ghana's main traders' union GUTA, stormed Accra's shopping district on Monday closing down more than 100 foreign–run shops. The businesses targeted were said to be violating a Ghanaian law barring non-nationals from operating in the domestic retail space, according to the Myjoyonline news website.

Miss Guadeloupe, Clémence Botino, took home the prestigious Miss France crown on Saturday night becoming the third Guadeloupan to win the honour, at a time when beauty pageants are increasingly railed by feminists.

12. French Catholics who reject religion, ask to be de-baptised

Adherence to the French Catholic church is dropping, and while it's impossible to know how many people renounce their faith, even the French bishops conference says de-baptism requests are going up. Apostasy in France is on the rise, in the face of paedophilia and sex abuse scandals.

A French court has handed four-month jail terms and fines to the former chief and other executives of France Telecom over a campaign of employee harassment blamed for a spate of suicides.

A group of retired US diplomats and civil society leaders has penned a letter of protest to Harvard University, after Auxillia Mnangagwa, Zimbabwe's first lady, picked up an award for contributions to healthcare in her country, where a huge doctors' strike has brought medical services to a halt.

A seventh-century sarcophagus containing the well-preserved remains of an elderly woman with arthritis has been found in Cahors, south-western France, while the area was being dug up to be redeveloped.

Several areas in France are facing water shortages, notably the Creuse region and some northern cities, which have not seen rain since the start of the summer. The national weather service, Météo-France, warns that 61 of the 96 mainland departments face a water crisis.

17. Macron says EU must be part of any future US-Russia nuclear missile treaty

French President Emmanuel Macron has said that European nations should be involved in any talks to forge a new pact limiting mid-range nuclear missiles held by the US and Russia, after a landmark Cold War-era accord fell apart this year.

French police  evacuated hundreds of migrants from a camp at Porte d'Aubervilliers, on the northern fringes of Paris, just weeks after an operation to clear another sprawling camp nearby.

Mischa, a performing circus bear used in shows in France has died following an operation at an animal refuge, just two months after he was rescued from owners who allegedly subjected him to years of cruelity.

The French police officer found guilty of committing a deliberate act of violence by throwing a pavement stone during a 1 May Paris demonstration has been sentenced to a suspended two month jail term.