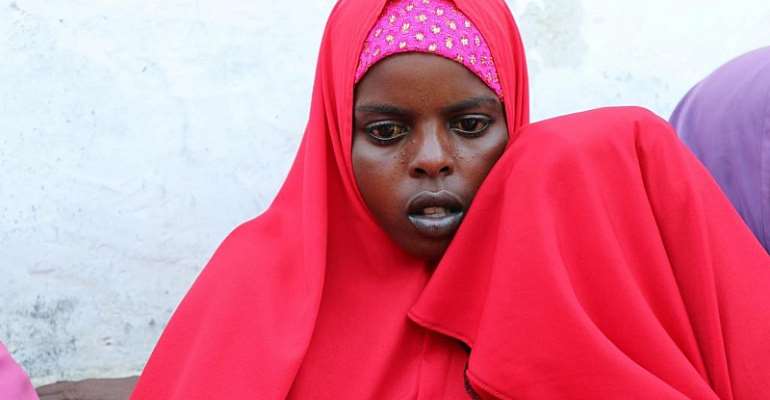 Hours before the New Year, the Somali terror group Al-Shabaab claimed responsibility for a truck bomb that killed over 80 people. The attack, one of the deadliest of the decade, is the latest sign that the group is getting stronger not weaker.

The attack on the Somali capital Mogadishu last Saturday that left 81 people dead bore all the hallmarks of the Al-Shabaab.

The attack hit a busy checkpoint in the southwest of the city, leaving vehicles charred and twisted at a crossroads in the deadliest assault in two years in the Horn of Africa country.

It was similar to a truck explosion in 2017 near a fuel tanker in the capital that killed over 500 people.

Few were thus surprised when the group claimed responsibility for this latest bout of violence on Monday night.

What was surprising was the timing of the bloodshed, which coincided with the day Ethiopian troops, took control of the Somali government on 29 December 2006.

Laura Hammond, a professor of development studies at SOAS University in London took to Twitter to ask users whether the attack symbolised a "sick commemoration."

Foreign aggressors
"Al-Shabaab has over many years claimed that it's acting in defence of Somali identity and nationalism and against all foreigners," Hammond told RFI.

The claim by the group that it was targeting a Turkish envoy in Saturday's truck bomb "fits the mold" she said.

The Islamist militants accused Turkey of trying to control Somalia's resources, which has deepened its presence in the Horn of African country over the past several years. Among the casualties were Turkish nationals.

In 2006, the Al-Shabaab claimed it was fighting against Ethiopia, the perceived foreign aggressor of the time.

"Al-Shabaab gained a lot of volunteers and strength at that time and later on has sort of emerged in the last 15 years as the strong power that it is, or with the strength that it is."

'Afghanistan of Africa'
Nothing has boosted Al-Shabaab's recent rise more than the weak central government in Mogadishu, according to experts.

"Today as we speak, the federal and regional governments do not work very closely with the central government in Mogadishu. Now that creates a lot of room for terrorist groups such as the Al-Shabaab to flourish," reckons Hassan Khannenje, director of the Nairobi-based Horn Institute.

Despite suffering high-level defections and being targeted by increasing United States airstrikes, the Al Qaeda-linked terror group controls large parts of the country and raises considerable funds through local taxation and extortion.

"Somalia is the Afghanistan of Africa," Khannenje told RFI. "The weakness of the government and the presence of resources that terrorists can mobilise easily allows them to sustain themselves and continue executing attacks not just in Somalia but throughout the region."

The group has frequently attacked Kenya in retaliation for sending Kenyan troops to fight it in the African Union's peacekeeping mission AMISOM. The group also carried out twin bomb attacks in Uganda during the 2010 World Cup.

Playing the waiting game
Yet fighting the Al-Shabaab is being complicated by regional rivalry, which has seen Somalia become a battleground between Persian Gulf monarchies.

Almost a decade since African peacekeeping forces kicked the Al Qaeda-linked group out of Mogadishu it remains resilient. However, experts like Hammond doubt the Shabaab's capacity to threaten the internationally recognised government of President Mohamed Abdullahi Mohamed (also known as Farmajo).

"It is playing a long game. It has plenty of patience and is not set on gaining political power in the immediate future but is basically focused on trying to chip away at the government's forces and strength."