Congo economic hub has the blues despite oil upturn 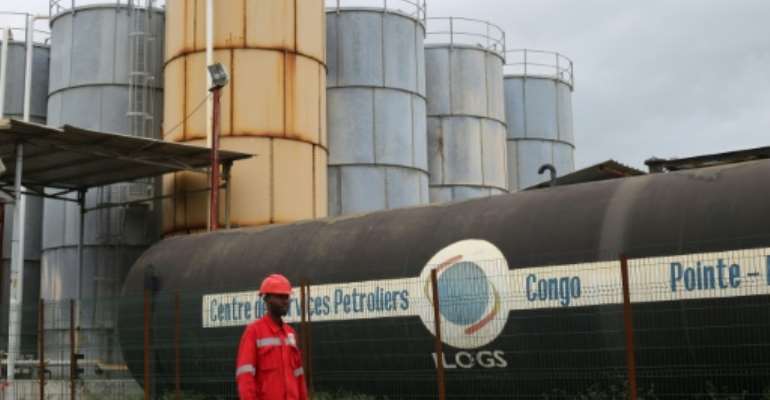 The port city of Pointe-Noire is Congo's economic hub. By SAMIR TOUNSI (AFP)

If the official figures are any guide, the good times in the Republic of Congo should be returning.

Five years after going into a tailspin, oil -- the country's lifeblood -- is flowing at a record 350,000 barrels per day after a new field, Moho Nord, went on tap.

The International Monetary Fund (IMF) projects that the central African state will record growth of 4.0 percent for 2019, after 1.6 percent in 2018 and two years of contraction in 2016 and 2017.

But in Pointe-Noire, a port city that is home to around a fifth of Congo's 4.5 million people, many say any upturn has yet to reach them.

Deschagrains Ebeh, 37, is head of De-Network, one of many companies that did well out of servicing Congo's rush for black gold.

He had to diversify to survive and pitch his business to individuals rather than well-heeled corporations. 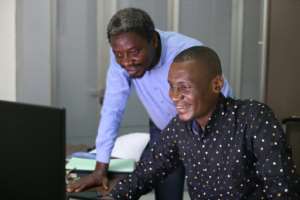 Dechagrains Ebeh, right, at his office in Pointe-Noire. By SAMIR TOUNSI (AFP)

To save money, he trimmed his payroll to 10 people, works as both managing director and technical director, and opened up part of his office space for co-working to ease the burden of his $1,120 monthly rent.

"We haven't made any profits for four years," he said.

The president of the Chamber of Commerce and Industry (CCI) in Pointe-Noire, Sylvestre Didier Mavouenzela, said the oil contraction had ricocheted down the job market.

"When the crisis hit, Total, the biggest company in Pointe Noire, renegotiated lower contracts with its sub-contractors," he said.

Many expatriate posts were cut -- which had a knock-on effect for those working as gardeners, child carers or drivers.

There is little sign of any new oil wealth trickling down -- state receipts are being used to scale down public debt, in line with an agreement with the IMF, which in July approved a $448 million bailout.

But most of the containers are in transit, rather than destined for the local economy.

They head to other ports in the region -- Matadi in the neighbouring Democratic Republic of Congo (DRC) and Libreville, the capital of Gabon.

"We are going through the third round of job cuts in two years," said Christophe Pujalte, regional director of the French group Bollore Transport and Logistics, one of the port's operators. 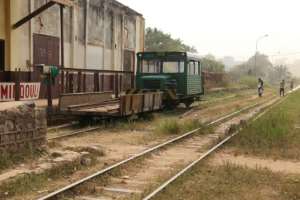 Freight traffic on the line between Brazzaville and Point-Noire was cut off by unrest after President Denis Sassou Nguesso's re-election. By SAMIR TOUNSI (AFP)

Other figures in the local economy have plenty of complaints about governance.

They include corruption, "harassment" by the tax and customs authorities and the cost of using a highway linking the city to the capital Brazzaville -- the toll is the equivalent of more than $330 per truck for the 500 kilometres (310 miles) journey.

Political uncertainty is also a concern.

Presidential elections are due in 2021. The last ballot, in 2016, saw the re-election of Denis Sassou Nguesso, 76, triggering unrest in Brazzaville and armed conflict in the fertile region of Pool that cut the vital rail line between the capital and Pointe-Noire.