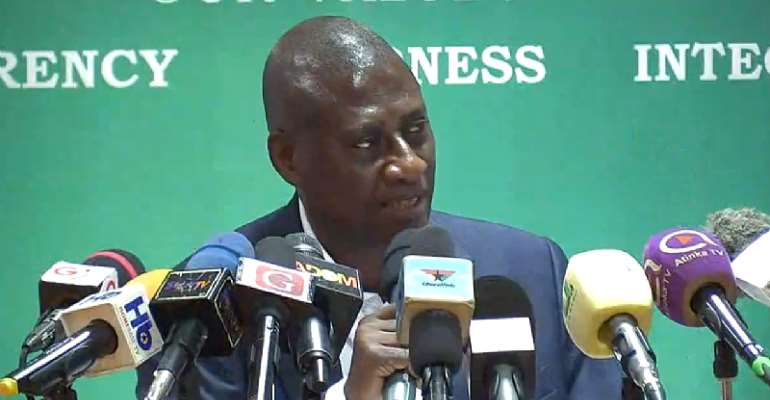 The Electoral Commission (EC) has clarified its decision to go in for a new biometric system and compile a new voters' register ahead of the 2020 general elections.

According to the Commission, most of its current biometric devices are faulty adding that Ghana will incur extra cost in repairing the devices compared to procuring new ones.

The Commission also explained that the software being used to run the current biometric devices is “outdated and out of service.”

Addressing the media on Tuesday, EC Deputy Chairman in-charge of Operations, Mr Samuel Tettey, noted that the new biometric system the commission intends to procure will have a facial recognition technology to be deployed in cases where the devices are unable to verify fingerprints of voters.

“The Commission intends to reduce the increasingly high identification failure rate by using a new software to improve fingerprint capturing and image quality. The current biometric voter device and the biometric voter registration kits are challenged by their inability to do biometric fingerprints,” he said.

He disclosed that prior to the December 17 district level elections, the Commission spent close to GHc2 million repairing some of the faulty biometric devices.

He said the process was labour intensive and as such, they brought in more hands to help repair the faulty devices.

“This was a labour intensive and expensive process that spanned through several months. The Commission had to hire additional hands to get the device ready for the district level election. The Commission spent close to GHc2 million to repair the machines for the district level election. The amount used for replacing a faulty device cost more….compared to getting new ones,” Mr. Tettey added.

“The Commission, therefore, finds it prudent to replace the kits with newer ones with improved technology to capture fingers that are dry or wet due to ageing…The current architecture of the system is such that the facial recognition add-on is not possible. The new device will have facial recognition for those whose fingers cannot be verified. This will reduce the trend of manual verification which tends to affect the credibility of our elections,” the Deputy EC Chair explained.