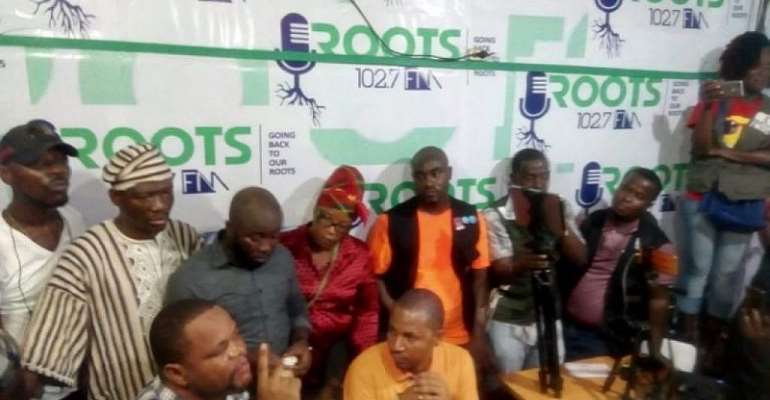 Thousands had planned to take the capital Monrovia December 30 to force the ex-football star out of office after branding him as 'unfit" to rule the country, barely one year into his six-year term.

The demonstration was called off after the government said it would not be able to provide security, said Henry Costa, chairman of the Council of Patriots opposition group coordinating the march.

The parties agreed to move the protests to Sunday January 5th, after a deal struck by mediators from the West African regional grouping ECOWAS and the United Nations Office in West Africa and the Sahel (UNOWAS), the US and EU missions in Monrovia.

The international partners had warned Liberians about the risks of the anti-Weah protests degenerating into violent clashes between supporters of rival political camps in the country.

Questions of competence
The government of the 53 year old Weah, elected President on January 22 last year, stands accused of “bad governance”, rampant corruption and of failing to resolve the dire economic hardships facing the citizenry of the country.

The week-long window offered the government to guarantee the safety of the demonstration is unlikely to bring down tensions in the country, still traumatized by back-to-back civil wars and the 2014-2016 Ebola crisis which ravaged the economy.

“He's allowed officials in his government to nullify the rights of the people to safety and happiness, cried opposition leader Henry Costa during a recent rally in Monrovia.

The president's staunchest critics cite the cases of two women who were victims of political violence while contesting local elections under opposition party tickets.

“They were nearly mobbed to death and were rescued by some strangers who rescued them to safety”, recalls Bai Best, editor of the Monrovia-based Daily Observer.

Impunity
The name of staunch Weah supporter and Monrovia mayor, Jefferson Koijee, is often mentioned as one of the top dignitaries of the ruling Congress for Democratic Change masterminding some of the abuses.

Another is former war lord Augustine Nagbe who is reportedly working with Liberian police to train an ethnic defense force to protect President Weah.

“Seeing him assisting the Liberian national police in some operations is a cause for concern for everybody, regrets journalist Bai Best.

The clamour for George Weah's resignation, after just one year into his 6-year term, is also being fanned by his apparent failure to rein in on the biting economic crisis.

Liquidity problems
This is marked by a scarcity of Liberian dollars in commercial banks, spiraling inflation and high commodity prices.

According to the Liberian Observer, Weah's failure to hold anyone accountable for a whopping L$16-billion allegedly missing from the treasury in 2018 has further undermined his record.

So too is his alleged inability to crackdown on businessmen allegedly withholding the Liberian dollar in their houses and causing a scarcity of forex and the local currency.

“Because of the liquidity problems, people are not able to buy food, pay for health care even their children's tuition, the Liberian Observer editor told RFI.

International pressure
Mediators from the West African regional grouping, ECOWAS, the United Nations Office in West Africa and the Sahel (UNOWAS) and other key partners such as the United States and the European Union have been piling pressure on Liberian political actors to resolve the deepening conflict through dialogue.

Prospects of the parties striking a deal before next Sunday's high-risk demonstration remain very bleak and leaves Liberia on the brink of a bloody confrontation between thousands of angry Liberians and government forces.