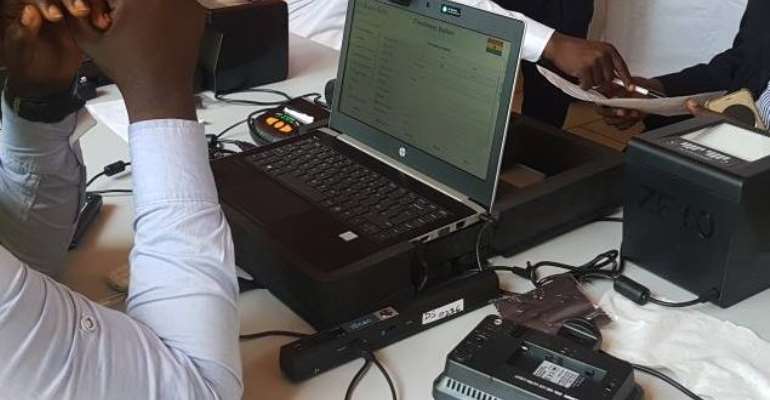 The Airport District Police Command in the Ashanti Region is investigating a case of three missing laptops which were being used for the ongoing Ghana Card Registration Exercise in Asokore Mampong.

Officials of the National Identification Authority at one of the centres at Aboabo in the Asokore Mampong Municipality could not trace the laptops when they returned from the Christmas break.

Police confirmed the incident and say they have been able to retrieve two of the laptops.

Although police officers will not speak on the record, they have given assurances of working to retrieve the other laptop.

The Police also said they have also invited the Supervising Registration officer at the Registration Center and one other person for questioning.

After a similar instance, the Nsuta Circuit Court in the Sekyere Central District sentenced a 20-year old student of the Agona Senior High Technical School (ASTEC) to four years imprisonment for stealing a laptop used in the ongoing Ghana Card registration in the Ashanti Region.

An official of the National Identification Authority (NIA) in charge of the Agona Community Centre on 16th December 2019 lodged a complaint at the Agona District Command when he discovered that one of the HP laptops being used for the ongoing Ghana Card registration could not be traced.

The Ghana Card registration exercise in the Ashanti Region is currently being done in 833 registration centres.