We Are Tired Of NPP Promises, Aaabah! — NDC MP 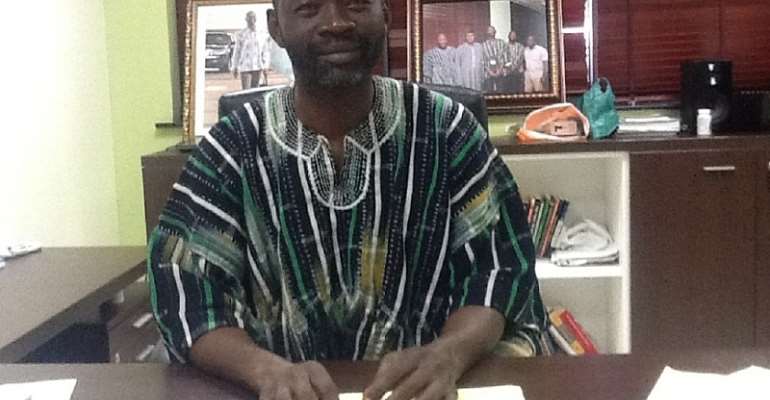 The Member of Parliament for Daffiama-Bussie-Issa constituency Hon Sebastian Sandaare has chided the NPP government for constantly overdosing Ghanaians with failed promises.

He rebukes the ruling party for the unrepentant promising attitude full of failure and deceit.

According to him, what is important is action and not plenty talks as being engaged by the NPP.

He said this at this year's annual Daffiama-Bussie-Issa Students' Union General Assembly held at Issa on the 30th December 2019.

The General Assembly, comprised all representatives of Basic Schools in the District, Senior High Schools and tertiary institutions.

This year's program was massively attended with hundreds of students gathered at the Issa Youth Leadership Training Institute.

The lawmaker who have been sponsoring the activities of the Union used the platform to assure all students, his commitment to the education of all.

He highlighted his achievements in the area of education such as the establishment of educational fund across the four paramountcies in the constituency, support for students at various levels through the MP Common Fund, establishment of the teacher incentive package, organization of mock examination for Basic Schools and the supply of examination materials to basic schools final candidates.

He reiterated his commitment to collaborating with the Daffiama-Bussie-Issa Students' Union to improving the standards of education in the district.

The MP urge politicians to stop politicising health issues particularly the issue of the only medical doctor in the district which he worked so hard to bring.

The issue of the medical doctor has become a political issue as the District Chief Executive of the District continue to claim that he brought the doctor to work in the District.

The NPP communicators in the district also claim credit over the medical doctor, making him (the doctor) politically exposed.

He added that it is time politicians moved from promises and too much talk to action. "The people want to see action and not plenty and empty promises" he added.

The statement is believed to be in response to the NPP who promised so many things in the constituency and still promising anytime they have the opportunity to interact with the constituents yet alot still remained unfulfilled.