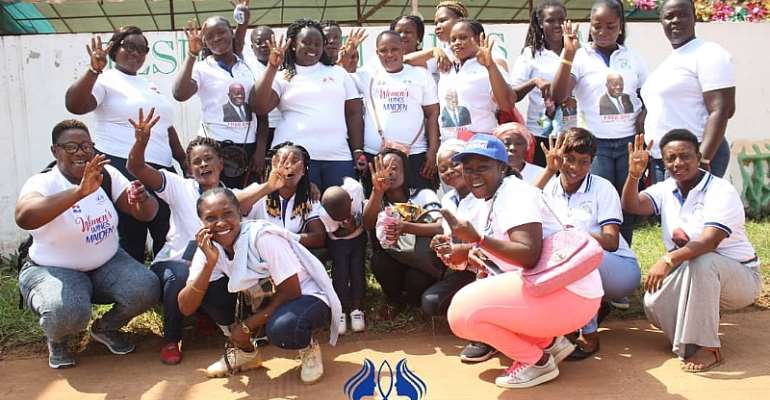 A group calling itself Women's Wing Maidens (WWM) of the ruling New Patriotic Party (NPP) has donated some items to children at the Teshie Orphanage Home.

According to the group, they were touched by plights of the children following media reportage months ago.

In an exclusive interview with Modern Ghana, the Greater Accra Regional Coordinator, Mandy Nkrumah said "These children deserve the best. It is sad they have lost their parents at such ages. It is upon us to put smiles on their faces by sharing the little we have with them."

The Women's Wing Maidens is a female volunteer group established 3 years ago with the aim of empowering young girls in aiming higher in Academia and motivating them to achieve their dreams.

The group although not officially inaugurated has 34 constituencies as well as over 1000 members.

She mentioned that one of the major challenges facing the Orphanage was accommodation adding measures will be put in place for a renovation.

She revealed that the giveaway was part of the group's social responsibility under the auspices of the National Women's Organiser, Madam Kate Gyamfua.

She urges other philanthropists and other organizations to lend a helping hand to the orphans adding that there is more blessing in giving than receiving.

The Greater Accra Regional Coordinator cautioned the authorities of the Orphanage to share the items among the children and not among themselves.

Receiving the items on behalf of the Teshie Orphanage, Obed Mensah assured the WWM of using the items to the benefit of the children.

He also debunked allegations that caretakers make away gifts meant for the children.

The Teshie Orphanage since its establishment currently houses 200 children.

The children at the Teshie Orphanage were presented with bags of rice, drinks, toiletries among others.