Smoky Sydney to kick off New Year parties with fireworks 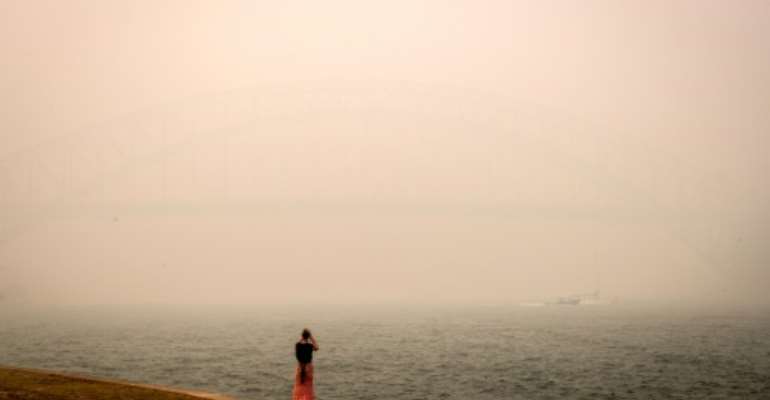 The barely visible Sydney Harbour Bridge is enveloped in haze caused by nearby bushfires. By DAVID GRAY (AFP/File)

Smoke-choked Sydney was gearing up Tuesday for a huge fireworks display, kicking off a wave of New Year celebrations for billions around the world and ringing in the new decade.

Australia's largest city usually puts on a dazzling display of pyrotechnics over the glittering harbour but this year's celebrations have been overshadowed by calls to cancel the fireworks as devastating bushfires rage across the country.

Fireworks displays were scrapped in Australia's capital, Canberra, and Sydney's western suburbs due to elevated fire danger and extreme weather conditions but fire authorities said it was safe to go ahead over the water. 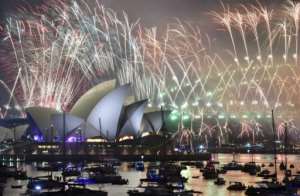 More than 100,000 fireworks will light up the skyline for spectators crowding foreshores and parks. By PETER PARKS (AFP/File)

Critics wanted Sydney to use the $6.5 million ($4.5 million) spent on the display to fight bushfires ringing the city, but officials say the event is worth Aus$130 million to the economy and cancelling it would not help those impacted by the fires.

"We have committed to harnessing the enormous power of the event to raise more money for drought- and fire-affected communities," Sydney Lord Mayor Clover Moore said.

More than 100,000 fireworks are scheduled to light up the skyline for 12 minutes to about one million spectators who usually throng foreshores and parks.

Crowds have been warned to take care as strong winds gusted in the harbour, forcing the cancellation of a boat display that would have blasted water into the sky -- just hours before the fireworks were due to start.

As the clock ticks past midnight, major cities in Asia, Europe, Africa and the Americas will embrace the celebrations, but in many places the festivities will be marked by turmoil and political upheaval. 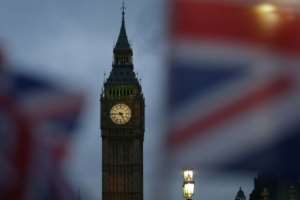 Midnight in London will be marked by the chimes of Big Ben, which has been silent during a long restoration. By Daniel LEAL-OLIVAS (AFP/File)

After more than six months of near-daily demonstrations, Hong Kong will usher in 2019 with a series of pro-democracy rallies planned for New Year's Eve.

Protesters are set to form human chains across the city, stage demonstrations at major shopping malls and hold "suck the eve" gatherings at major countdown attractions including the city's famed Victoria Harbour.

In Paris, 250,000 to 300,000 people usually gather on the Champs-Elysees to welcome the New Year, but turnout could suffer amid a gruelling transport strike that has spelt weeks of misery for commuters.

Midnight in London will be marked by the chimes of Big Ben, which has been silent during a long restoration, as traditional fireworks are set off over the Thames for the last new year before Brexit. 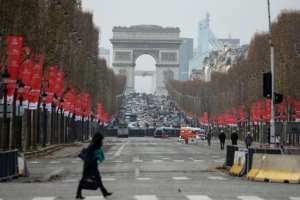 Celebrations in Paris, which usually focus on the Champs Elysees, are likely to be muted due to a gruelling transport strike. By Ludovic MARIN (AFP/File)

It follows a year of political wrangling that led to the resignation of Prime Minister Theresa May and culminated in Conservative Prime Minister Boris Johnson pledging to leave the European Union on January 31.

In Moscow, President Vladimir Putin is set to deliver his annual New Year address, 20 years after he was elevated to the presidency by Boris Yeltsin's shock resignation in his 1999 end-of-year speech.

Russia will celebrate the new decade over several time zones, with Muscovites flocking to the centre of the capital for fireworks over the Kremlin.

As partygoers embrace the festivities, attention will turn to 2020 and whether it will be as tumultuous as the previous year, which saw an explosion of demonstrations as people demanded an overhaul of entrenched political systems and action on climate change.

The protests in Hong Kong, sparked by a now-abandoned bill to allow extraditions to the authoritarian mainland, have since morphed into a popular revolt against Beijing's control. 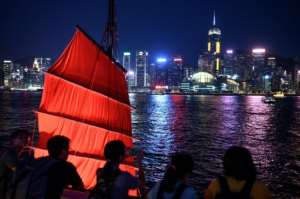 Anti-government protests are also expected to mar the celebrations in Hong Kong. By Philip FONG (AFP/File)

The city's biggest crisis since the former British colony's return to Chinese rule in 1997 appears set to spill over in 2020, with protesters already preparing the year's protest schedule and the government showing no sign of backing down.

Anti-government protests also swept Latin America, North Africa and the Middle East in 2019, including mass demonstrations that brought down leaders in Lebanon, Algeria, Sudan and Bolivia.

US President Donald Trump again dominated headlines in 2019, culminating in his historic impeachment by the Democratic-controlled House of Representatives on two counts of abuse of office and obstruction of Congress.

The Republican-controlled Senate is unlikely to convict Trump in a trial expected to begin in January but the controversy over claims he pressured Ukraine to investigate Joe Biden, a rival in his 2020 re-election bid, will linger until the November poll.