Restore Health Trainees Allowances To Students Of Schools Of Hygiene 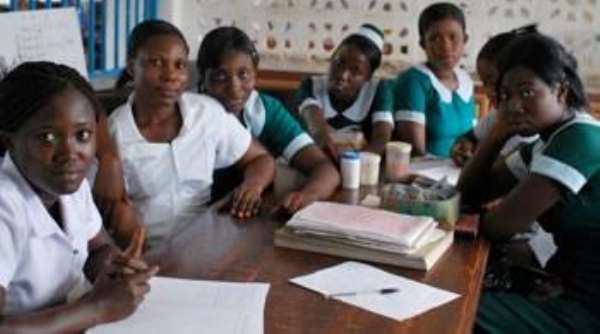 The Coalition of Allied Health Trainees is drawing the attention of H. E. President Nana Akufo Addo to its petition seeking to be part of the list of Health Trainees allowance beneficiaries.

The Coalition, in a letter, reiterated the need for its members to be included in the list of beneficiaries of the government’s restored allowances to health trainees in view of the importance of their services to the nation.

“We are by this release drawing President Akufo Addo’s attention to our concerns raised in that letter and to assure him of our commitment to the national cause, especially as the President has expressed his determination to make Ghana cleaner and healthier”.

The Coalition has used several avenues in the past to register its unhappiness at its exclusion from the list of student beneficiaries, a decision reportedly was taken by the President, and would not want to resort to other actions to register their grievances.

The role of Allied Health workers in the maintenance of healthy people and communities is crucial in the development of the country and must not be left to chance.

“This is why we are calling on the President to pay attention to our petition to his high office to consider the restoration of allowances to our members to motivate them to contribute their quota to national development.

It would be recalled that the Coalition of Allied Health Trainees wrote a petition to President Akufo Addo, requesting among others, that they are included in the list of beneficiaries of the restored allowances.

They indicated that the petition was the first in the steps being taken to impress on government to restore the allowance.

“We do not want to be ignored, downplayed or neglected any longer. To show our disappointment and repugnance at

the treatment being meted to us by government, this is the first step in a series of activities we are considering if we do not get a satisfactory response to our concern from the Presidency,” they warned.