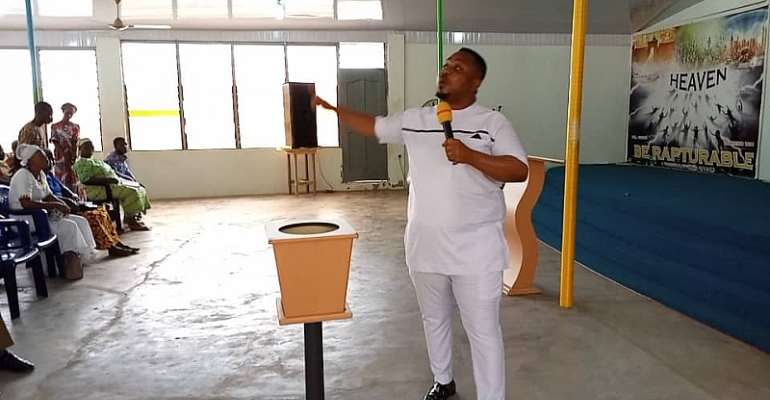 Prophet King Kweku Williams, an Accra-based man of God, is warning prophets prophesying on partisan basis to desist from the act, to avoid the wrath of God since it is not promoting His Kingdom.

According to the prophet, many prophets are allowing their emotions to take the better part of their prophecies, stressing that, “God is neither NDC nor NPP so it is wrong to use one’s love for a party to predict events, instead of allowing God to speak to you.”

He further warned that, if the practice persists, these prophets risk incurring the wrath of God. “Why do you put words into God’s mouth based on what you wish, instead of waiting on the Lord to give you His message?” he queried.

The nation has been inundated with prophecies from prominent men of God, especially during election time, declaring which party would eventually win the polls.

Some have even declared some candidates condemned from ever winning elections in the country. The trend has become so prevalent that, Ghanaians have even tagged some of these pastors along party lines, with one being on the side of the New Patriotic Party (NPP) or the National Democratic Congress (NDC).

Prophet Williams lamented that “Whilst the youth continue to suffer in many ways, these prophets are rather concerned with how to please a section of the political class and some Ghanaians, thus delivering messages that would please those they are targeting.”

“They should be careful they don’t incur the wrath of God, who is not happy with the way they are denying the public of the truth,” he admonished, adding that, God’s interest is Ghana.

He called on the youth to continue to put their trust in the Lord and remain steadfast for the Lord has great things for them and the nation at large.

“The Lord Jesus Christ loves Ghana, especially the youth and is willing to turn things around if the nation shall put their trust in Him,” he disclosed.