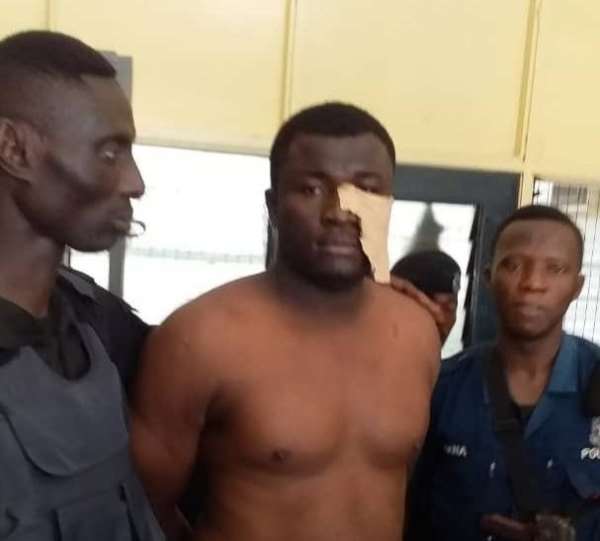 An order has been issued by the Attorney-General and Ministry of Justice to the police service, to as a matter of urgency, charge the Kasoa Cop Killer, Eric Kojo Duah, formally with Murder.

Eric Kojo Duah allegedly shot and killed two officers on the Kasoa-Budumburam-Aprah in August this year.

The Prosecution led by Assistant Superintendent of Police (ASP) Sylvester Asare, told the District Court presided over by Ms. Rosemond Dodua Agyiri confirmed that the Police had received orders from the AG to formally charge Duah aka Sakora with murder.

However, the Police are yet to receive the Bill of Indictment (BI) from the AG’s office.

The court, therefore, adjourned the matter to January 13, next year.

Duah, who is being held on two counts of murder, has his plea preserved awaiting the BI.

The accused allegedly took turns to shoot and kill General Lance Corporal Mohammed Awal and Lance Corporal Michael Dzamesi who were on task force duty on the Kasoa-Budumburam-Aprah road on August 28, this year.

The officers had apparently asked Duah, who was driving an unregistered vehicle to stop but he ignored them.

The officers who had a service vehicle chased him and Duah pulled a pistol from his car and shot the officers in turns.

The Court following the referral of the matter to the AG advised that Duah be remanded into lawful custody.