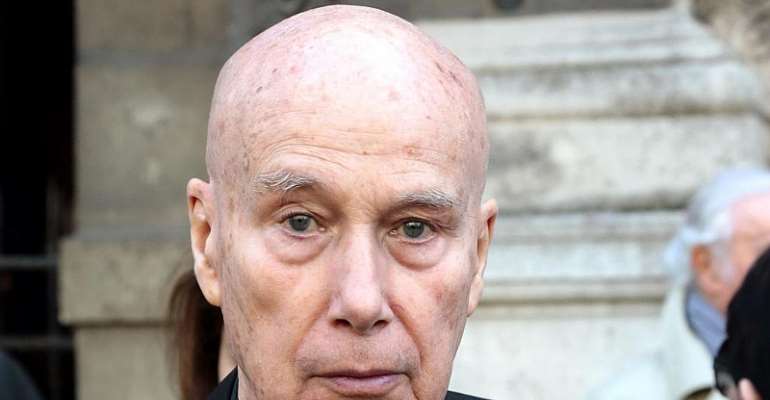 French ministers are looking into legal action and cutting a state allowance for novelist Gabriel Matzneff following accusations he sexually abused a 14-year old girl in the 1980s.

French publisher Vanessa Springora alleges the acclaimed author Matzneff groomed her into a damaging relationship as a teenager. Matzneff, now 83, was 36 years her senior at the time.

In Le Consentement (Consent), to be published in France on 2 January, she relates the psychological hold Matzneff had on her and the years of depression she suffered as a result.

She was 13 when she met the author in the 1980s at a dinner with her mother. Matzneff, then 50, bombarded her with letters, followed her in the street, and when she was 14 they began a relationship.

He would wait for her outside school and even moved into a hotel with her to avoid a visit by police to his flat, following a tip-off.

In a message to L'Obs weekly magazine on Sunday, Matzneff wrote of "the beauty of the love" between him and Vanessa, but described the book as a “hostile, mean, disparaging work” designed to damage him.

The under 16's
Described as a #metoo moment for France's literary circles, the book has reopened debate over the notion of sexual consent and sparked controversy over France's erstwhile indulgent attitude towards its artists when it comes to sexual relations with minors, now punished as pedophilia.

Springora is the first of Matzneff's alleged victims to come forward and denounce him but his penchant for young girls has never been a secret.

He has written about his relationships with teenagers, including Springora, in novels and published diaries. He has also written about sex tourism in the Philippines with underage boys.

In 1974 he published an essay Les moins de seize ans (the under 16's) revealing his appetite for young girls.

In 1990 he was invited on the popular literary show Apostrophes hosted by Bernard Pivot. An extract of the show - which has created a huge buzz on social media in recent days - shows Pivot questioning Matzneff with an amused tone about his sexual attraction for "the under 16's". The audience giggles, Pivot gives a wry smile.

The only guest to call Matzneff out is Canadian novelist Denise Bombardier who compares him to "these old men who entice children with sweets".

"Were it not for your literary aura," she said, "you'd have been brought before the courts."

Bombardier was vilified at the time for finding fault with an acclaimed writer who was simply reflecting the May '68 generation of sexual libertarianism.

She told media in Quebec that Springora had thanked her for speaking out against Matzneff.

“Vanessa said that [my comments] had given her the strength, after 30 years, to write and decide to talk about it.” “I did what I had to do.”

Moral products of a [changing] era
Bernard Pivot has been much criticised on social media.

“You have been soft on a pedophile. You have expressed no disgust, no indignation, no empathy towards the victims," feminist collective #NousToutes said in a communiqué.

Pivot evoked changing times in his defence.
"In the 1970s and 1980s, literature came before morality; today, morality comes before literature," he tweeted on Friday. "Morally, that's progress. We're all more or less the intellectual and moral products of a country and, above all, an era.”

In her book, Springora describes how police interviewed Matzneff after an anonymous tip-off but there was no follow up. Now, 30 years later, the time limit for bringing a legal case has passed.

What's more, the alleged acts from the 1980s are too far back to be covered by current laws in France which make sex with children under 15 a criminal offence, but accept that 15 year olds are able to give their consent.

Child protection campaigners would like to see Matzneff prosecuted for “promoting pedophilia” in some books still in circulation.

And French officials are keen to show they are taking the Matzneff allegations seriously.

Minister for the Protection of Children, Adrien Taquet, said he had instructed staff “to determine if prosecution could be envisaged against Gabriel Matzneff”.

He said the writer had "pushed horror to the point of relating his acts in his books […] and campaigned for pedophilia in his diaries”.

Culture Minister Franck Riester meanwhile said he was looking into ending a centuries-old allowance given to writers by the state-financed National Book Centre and from which Matzneff benefits.

“A literary aura is not a guarantee of impunity,” he tweeted, echoing the comments made by Denise Bombardier back in 1990.

Matzneff also benefits from social housing in Paris's literary 5th arrondissement, dating back to 1994 when former president Jacques Chirac was mayor of Paris.

There have been calls to have Matzneff evicted but Paris City hall told French media that given his low income and age “it had no legal basis on which to demand he leave the property”.

In 1977, Matzneff published a tribune in Le Monde in which he gave his support to three people convicted for having sexual relations with 13 and 14 year old teenagers.

“The children were not victims of the slightest violence. […] There is a clear disproportion, between on the one hand defining a "crime" which justifies such severity, and the nature of the allegations", he wrote.

Ongoing support
Attitudes have changed with the times and thanks to testimonials from victims, pedophilia is now seen as scandalous, not a proof of love for a child.

That said, Matzneff continues to find support in some cultural circles.

“Freedom of expression is important,” says Etienne Gernelle, head of Le Point weekly for whom Matzneff continues to write a column on religion and spirituality.

“Matzneff has never been convicted. The very same papers which, 30 years ago, said making love with children was good, in the name of '68 morals, would like to fire these same people.”

Other supporters claim Matzneff is the victim of a witch hunt.