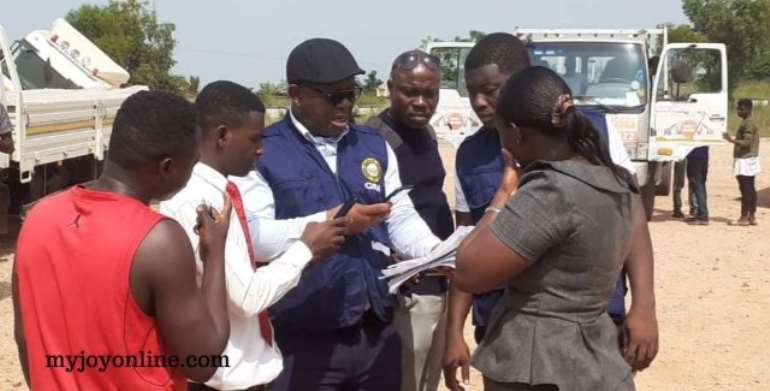 The cars were seized when the Debt Enforcement and Compliance Unit mounted a checkpoint at Pokuase to randomly check if vehicles carrying goods have the right receipt from shop owners. 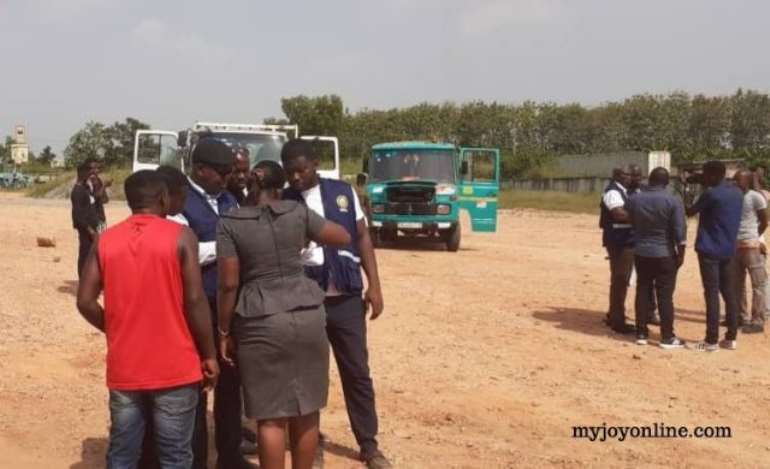 Upon an audit, they noticed that some shop owners fail to issue invoices or receipts to customers.

He added that even though customers have paid for that tax, shop owners because they did not issue the invoice will not pay that tax to government. This, he said, compelled them to do such a check.

During the exercise, vehicles with good invoices were allowed to go but some three did not have the right document and were impounded.

Mr Boateng Agyamfra told the reporter that his team will follow those whose cars have been impounded to the shops they bought their goods without invoices for the owners of those shops to be will be sanction according to their laws.