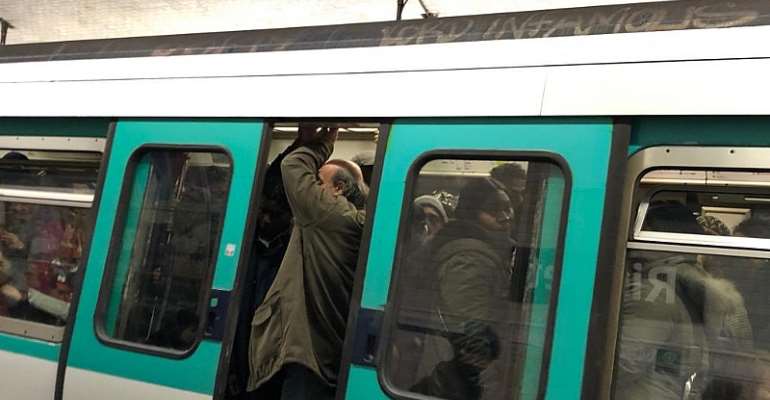 Fewer Metro lines were closed in Paris compared with the previous week on Monday, but strikes against government plans to reform the pension system still caused heavy disruption to regional and high-speed rail travel.

As has been the case since the launch of strikes on 5 December, only the automated lines 1 and 14 of the Paris Metro were offering full service on Monday.

But only two of the network's 16 lines were completely closed, with most others offering partial service on sections of each line or during rush hour.

Suburban RER A and B lines also offered reduced services, some only on parts of the line and others only during rush hour. Five of the eight tramway lines offered full service, with the three others operating at “quasi-full” capacity.

Officials at the national railroad, the SNCF, reported 7.1 percent of staff were striking, including 32.5 percent of conductors and 18.1 percent of ticket controllers, the lowest levels since 5 December.

The strikes meant about half of the country's high-speed TGV lines were disrupted and as few as one of four trains were operating on regional and inter-city lines. Some international Eurostar and Thalys routes also experienced cancellations.

Talks suspended
The current strikes have outlasted a 22-day transport workers strike of 1995, the last time a French government attempted, and eventually gave up on, reforming the pension system.

The slight uptick in Paris Metro service did not indicate any headway had been made in the standoff between trade unions and the government, with Prime Minister Edouard Philippe was not expected to reopen talks with unions until 7 January.

In the meantime, the government's transport minister and the leader of the militant CGT blamed each other for the travel disruptions, and French President Emmanuel Macron was expected to address the standoff in an annual New Year's Eve speech on Tuesday.

Macron has argued the retirement overhaul would make the pension system fairer and keep it out of debt, but he has rarely spoken about the strikes since they began.

Observers will be watching how Macron attempts to portray the reform and whether he will back down on plans to fix 64 as the age at which full pensions will be received, a “red line” for the moderate CFDT union.