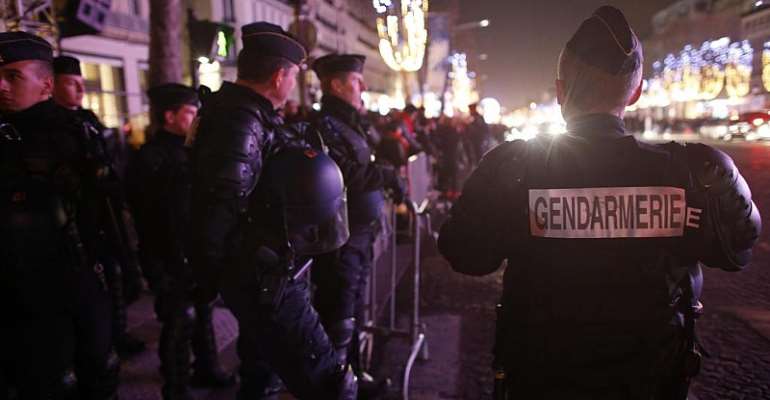 The French government has confirmed it will deploy 100,000 police officers to secure public spaces for the New Year's Eve celebrations, amid ongoing strikes across the country and a persistent terror threat.

From the foot of the Arc de Triomphe overlooking the Champs Elysées avenue, interior minister Christophe Castaner on Monday laid out the government's plans for keeping revellers safe on one of the busiest nights of the year.

"One hundred thousand police officers and gendarmes will be deployed across France on New Year's Eve and they will be backed by soldiers and firefighters," Castaner told reporters.

The security outfit is slightly less than the 148,000 officers that were put on duty last year at the height of the Gilets Jaunes crisis.

The yellow vests movement, at often times violent, has since waned, however the government is still under pressure, this time from large swathes of the population who are angry at proposed pension reforms.

Overcrowding fears
Protesters on Saturday clashed with police during fresh demonstrations against the proposed changes to the pensions system.

"There is no New Year's truce," Castaner continued. "In fact there can often be moments of tension when there are gatherings and our forces of law and order will be present," he said.

Transport remains disrupted by nearly four weeks of industrial action, which has cast a pall over New Year's celebrations. Usually, public transport in the Ile-de-France region is free to everyone all night long through 31 December to New Years Day, but this year only two automatic metro lines (1, 14) will be working.

The travel chaos is unlikely to help the police maintain order, with experts warning that the difficulty in getting from A to B could lead to overcrowding in some areas.

High alert
Every year, between 250 and 300,000 people gather on the famed Champs-Elysées avenue to celebrate and ring in the New Year.

The huge crowds could make it difficult for the police to carry out clearance operations in the case of a securty threat.

France remains on a state of high alert following a series of deadly terror attacks in recent years.

Castaner nonetheless insisted that "there is no particular threat," although acknowledged that the terrorism risk is "very high" and "permanent."