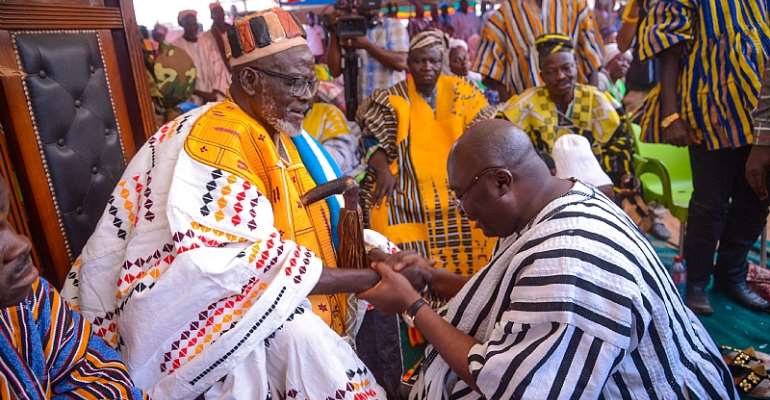 Vice President Dr Mahamudu Bawumia, has urged the chiefs and people of Bawku to continually work to maintain and enhance the peace presently being enjoyed in the area.

The Vice President, who gave the admonition on Saturday, 28th December 2019, while addressing the 32nd Annual Samanpiid festival at Bawku in the Upper East Region, said the sustenance of peace would lead to even more accelerated development of the area, which had suffered from years of protracted chieftaincy disputes over the years.

“Bawku continues to be a town of great interest to the Government for a number of reasons. History, I am told, tells us that a little over four decades ago there was no town in the North that could surpass Bawku in terms of ingenuity of the people, the type of brisk business and the ever growing nature of the town.

“As a result of the persistent communal conflict the town nearly became a shadow of itself. Our children’s education was indeed nearly jeopardized as teachers and other workers preferred to work in other places aside Bawku. It also led to a huge expenditure to maintain peace at the expense of development of the area.

“It is however, gratifying to note that, Bawku is back to its normal status and our people are going about their educational, economic and social activities in peace and harmony and this gives government a great sigh of relief as it rolls out policies and programmes to bring smiles on the faces of our people.

“I wish to use this platform to congratulate the good people of Bawku especially the Inter- Ethnic Peace Committee for working tirelessly to bringing us this far and I will urge you never to go back to the dark days.”

Vice President Bawumia reiterated the Akufo-Addo administration’s resolve to ensure holistic national development by paying particular attention to the northern parts of the country, which have historically lagged behind their southern counterparts.

“The north has been left behind for a very long time, but under Nana Addo Dankwa Akufo-Addo, we are going to make sure there is a major transformation in the northern regions of the country, all the five northern regions,” Vice President Bawumia stated.

Narrowing it down to the infrastructure and other interventions taking place in the Bawku area and the Upper East Region as a whole, Vice President Bawumia outlined a long list of projects including structures for the Bawku Senior High Technical, Bolga Girls Senior High, Zuarungu Senior High, Kusanaaba Senior High, Kongo Senior High, and Zamse Senior High.

“We also know that a critical part of development in the north is agriculture, which is why we introduced the Planting for Food and Jobs programme, which subsidises fertilizer, provides seeds and extension services. A total of 206,204 farmers in the region benefitted, of which a significant number are from this area. And we have seen as a result of Planting for Food and Jobs, a major increase in output. Maize for instance has increased from 46,043 metric tonnes in 2017 to 152,956.28 metric tonnes in 2019. We are also building four warehouses in the region to be able to store this.”

Vice President Bawumia continued, “We know that you cannot farm without water, which means that we have to provide irrigation facilities, and this is why government has taken a three-pronged approach to providing irrigation in the northern parts of Ghana. The first approach is the large dams. Just a few weeks ago, we cut the sod for the construction of the almighty Pwalugu. It is the largest single infrastructure investment in the northern regions since independence, and will double Ghana’s total irrigable land for farming.

“For the first time in 40 years, we are rehabilitating the Tono Dam and clearing it. That is second phase, the medium scale dams, and then the third phase is the small dams, which is the One Village One Dam. We are building 10 dams for each constituency. So far about 82 dams are under construction in the Upper East region, and with the rainy season now over we can resume construction, and we can have all 150 dams completed.”

Turning to roads, Vice President Bawumia told the Bawku-Naba that President Akufo-Addo’s promise to construct the Bolga-Bawku-Pulmokan road is on course, and the contractors had assured him, after a stop-over in Zebilla to inspect ongoing works, that the entire stretch from Bolga to Bawku would be completed by July 2020.

“The Government of President Nana Addo Dankwa Akufo-Addo is committed to the development of northern Ghana, all five regions, and with your support and prayers, we will deliver,” the Vice President stated. 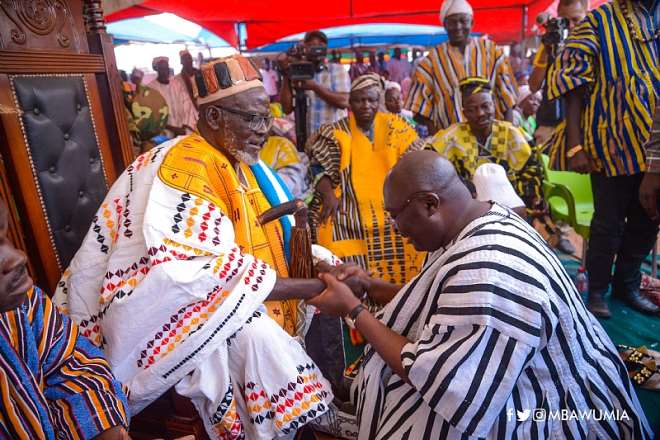 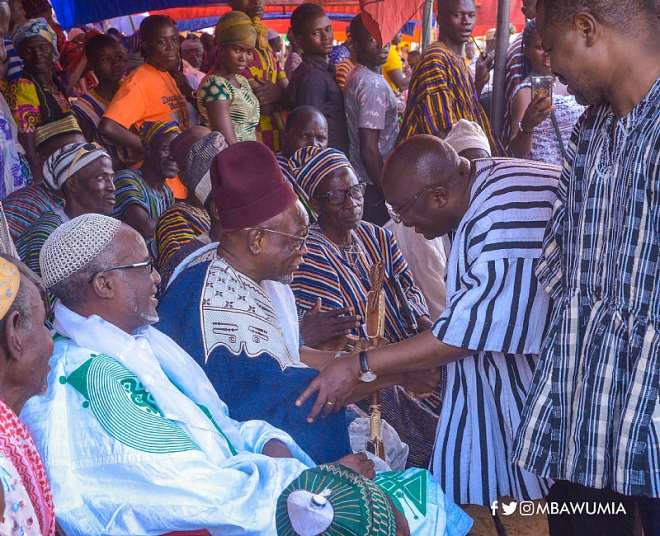 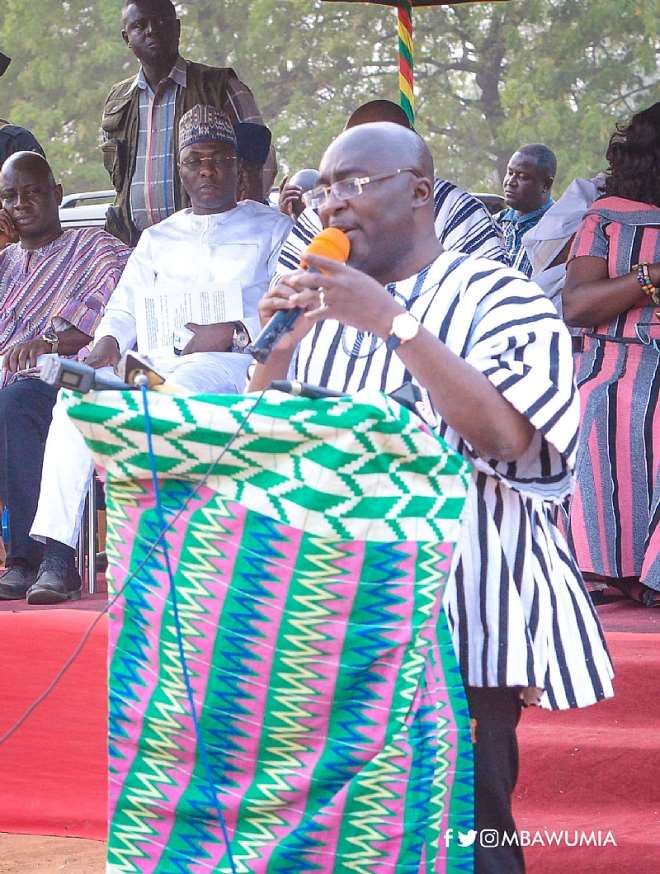