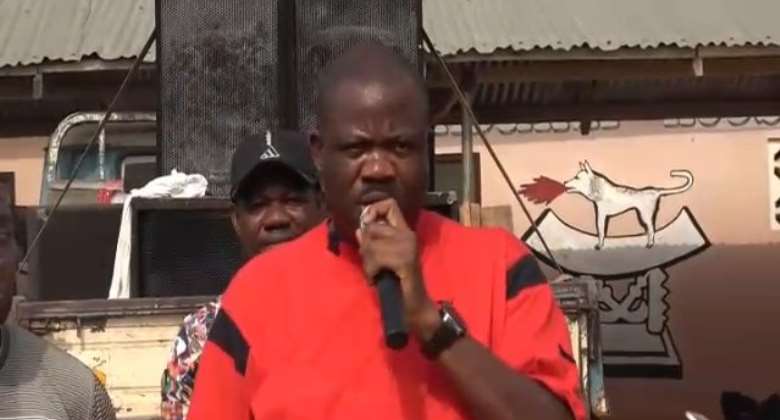 Joshua Akamba is the National Organiser of the NDC

The National Organiser of the opposition National Democratic Congress (NDC), Joshua Akamba has asked members of the party who will be seeking jobs if the John Mahama is elected president in 2020 to slap any appointee who requests for a certificate.

According to him, some key political figures that formed Dr Kwame Nkrumah's government had no educational background whatsoever, yet he claims, they managed the country successfully.

Addressing teeming supporters of the NDC at Brekumanso, a suburb of Asamankese in the Eastern Region after a health walk organised by the party, Mr Akamba said they have taken lessons from the ruling NPP who employed party foot soldiers into sensitive positions without the necessary qualifications.

He said the NDC will longer tolerate decisions that will deny its members of job opportunities.