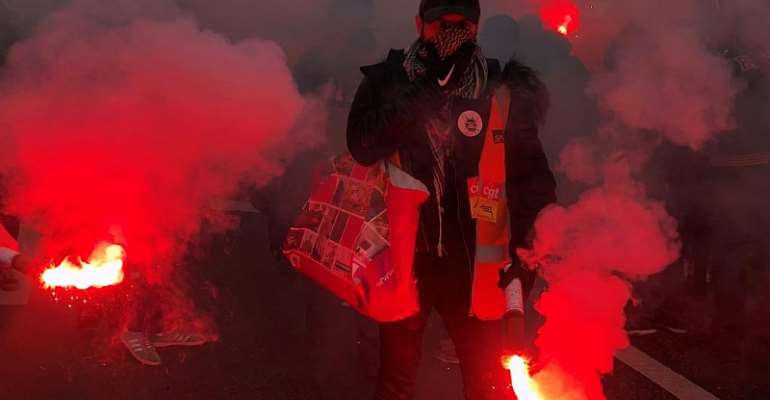 Travellers in France face another day of chaos on Monday after bosses at the state-run rail network, SNCF, and the Paris transport operator, RATP, announced significantly reduced services on the 26th day of strikes in protest against the government's planned pension reforms.

Transport in Paris will be patchy, said RATP. Lines 1 and 14 will work all day. However 12 other lines will only function during the morning and evening rush hours. Lines 7bis and 13 will remain shut.

On Sunday, the transport minister Jean-Baptiste Djebbari and Philippe Martinez, the leader of the CGT union, exchanged vitriol over the industrial action.

Barbs
In interviews with the Journal du Dimanche, Djebbari accused Martinez's union of obstructionism and refusing to offer constructive suggestions over the pension reforms. Martinez lambasted the government's hardball tactics.

Prime minister Edouard Philippe is scheduled to reopen talks with unions on 7 January. His meeting will fall a week after President Emmanuel Macron's end of year address to the nation.

Macron is expected to plead for a more emolient tone in the debate over his policies to streamline France's unwieldy system of retirement benefits.