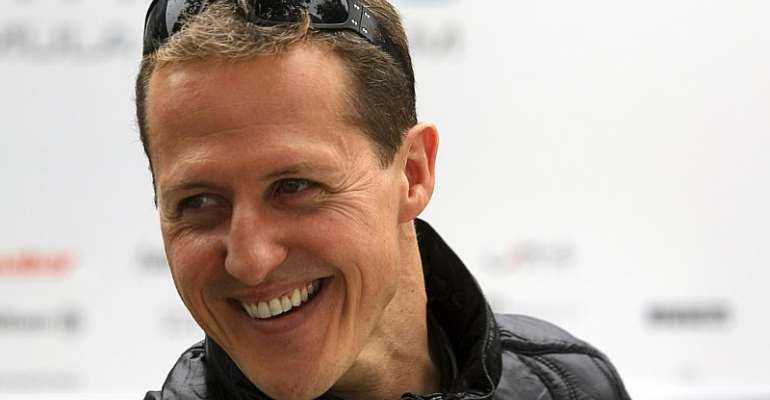 The seven-time Formula One world champion was skiing in the French Alps with his then 14-year old son, when he fell and struck his head on a rock in an off-piste area.

Since that fateful day, on 29 December 2013, the former Ferrari and Mercedes driver has been slowly recovering from a traumatic brain injury, undergoing several surgeries.

While we know Schumacher was placed in a medically induced coma, updates from his family have been few and far between.

It's understood he spent Christmas in his Swiss home, surrounded by family, and he is rumoured to be able to communicate with his eyes, although nothing has been confirmed.

To mark the sixth anniversary of the accident, a social media page called “Keep Fighting Michael” is being launched in Schumacher's home town of Kerpen, near Cologne.

Ahead of the launch, Schumacher's wife, Corinna, posted a cryptic message that fans eager for news of his condition have been struggling to interpret.

"Big things always start with small steps," she wrote. "Many small stones can form a huge mosaic. Together we are stronger, and that is exactly how combined forces of the Keep Fighting movement make it easier to encourage others."

Schumacher's fan club have adopted the hashtag #KeepFighting to boost interest on social media, while the family's foundation of the same name is raising money to support victims with injuries similar to those suffered by Schumacher.

At the start of the year, to mark Schumacher's 50th birthday, his family issued a rare statement: "You can be sure that he is in the very best of hands and that we are doing everything humanly possible to help him," it read.

"Please understand we are following Michael's wishes and keeping such a sensitive subject as health, as it has always been, in privacy.”