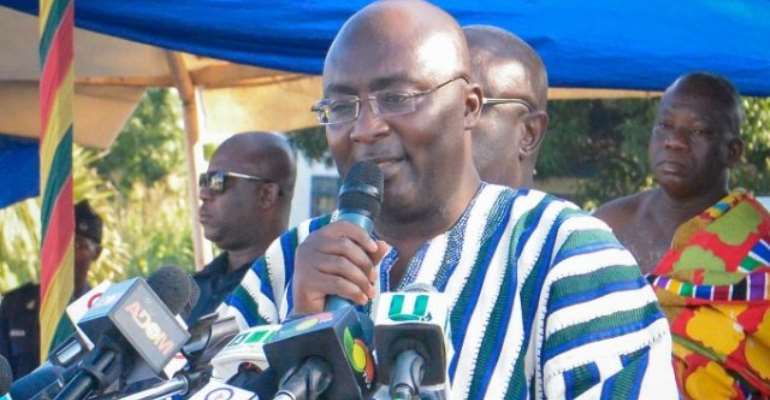 “There was a lot of skepticism about whether we could actually implement the free senior high school education, but with conviction and determination we started it and today senior high school enrolment has gone up by 69 percent in just three years, it shows many people would have been sitting at home.”

He said education was a necessity and a major tool for sustainable national development and government was committed to making it easily accessible and affordable to all Ghanaian children.

Vice President Bawumia said this as the Special Guest of Honour at the Samanpiid Festival of the chiefs and people of the Bawku Traditional Area, on the theme: “Harnessing the Economic, Social and Cultural Heritage of our People for the Development of Kusaug”.

He admitted the infrastructure challenges hampering the smooth implementation of the Policy, leading to the adoption of the double-track system and reiterated government’s commitment to addressing it.

“It has not been easy, we know we have to build more structures so that we would be able to stop the double track system and go into a single-track system. But the double track, notwithstanding, it is better for the children to be in school than to be sitting at home.”

As a result, he said, government was undertaking a massive infrastructure investment in various senior high schools across the country in a bid to provide the needed facilities to create a conducive environment for the children to learn.

He said: “At the heart of some of our problems in the north, in general, is the issue of education. What is clear is that no matter what we do, no matter our resources, if we do not build the human capital, if we do not educate our children, then it will become difficult to have accelerated development in our localities and our country.”

“However, one of our problems in sending our children to school was the cost associated with senior high school education and because of that many of our children could not go to school”.

Dr Bawumia said apart from the great investment the Government was making in education, it was committing resources to boost other critical areas of the economy that had the potentials to turn the country’s fortunes for good.

He said through the Government’s flagship programme; Planting for Food and Jobs (PFJ), 1.4 million farmers across the country benefitted from subsidised fertilizers, improved seeds and agriculture extension services.

Out of that number, 206,204 farmers were from the Upper East Region and that had significantly led to abundant harvest this year.

He gave the assurance that all the 150 dams would be constructed by the end of 2020 to make water readily available for farmers to undertake all-year farming, especially in the dry season, to curb migration and provide decent jobs for the youth.

He indicated that the north had been left behind for a very long time and the Government was committed to implementing pro-poor policies to enhance development and urged the citizens to support the programmes for successful implementation.