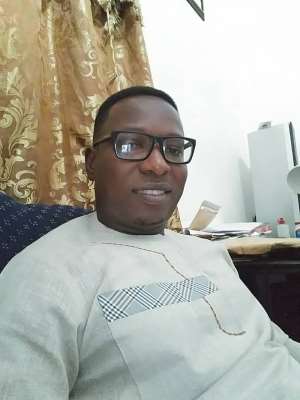 There was wild jubilation on the major streets linking the Obuasi Business District after Honorable David Odoom won a landslide victory in the District Assembly election held at the New Nsuta - Auntie B Electoral area on Saturday.

The election at the New Nsuta - Auntie B Electoral area had to be postponed after one of the contestants, Ali Shaibu was disqualified for forging someone's signature during endorsements. The Electoral Commission per the Electoral regulations reopened nominations and rescheduled their elections to Saturday, 28th December, 2019.

Honorable David Odoom who was named the Best Assembly Member in 2016 polled 786 of the total votes cast whiles his only contender Mr. Isaac Danso had only 191 votes.

In his victory speech Honorable David Odoom praised his opponent for the peaceful manner he conducted himself throughout the campaign period and even during the elections. He asked of his support as they continue to push for development for the area.

He said " there is no campaign after elections so we must all come together in unity and work to ensure that our Electoral does not lag behind in terms of infrastructural development".

He assured the people that he will continue to work assiduously as he has always done to ensure that the area develops. He advised the electorates to eschew partisanship since the local government system is not partisan.

In all seven (7) incumbent Assembly members lost their seats during this year's District Level elections. The Assembly members of Gauso North and East, Kokoteasua, Kunka, Nyameso--Bidiem, Anyinam and Binsere Electoral areas have all bowed out.