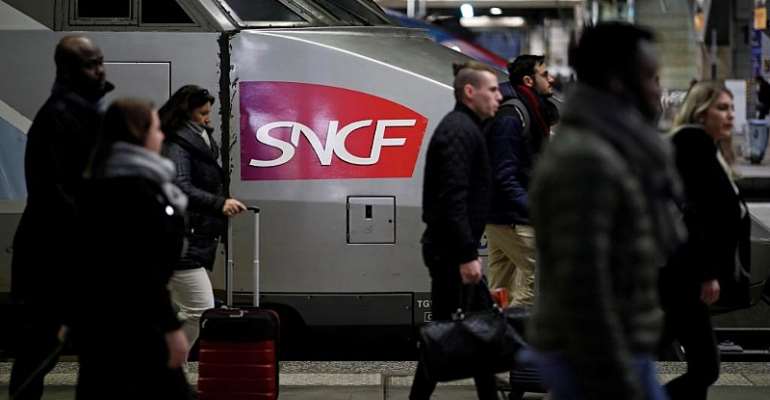 Paris's transport shutdown is to continue into a 25th day on Sunday as rail unions and public sector workers maintain their protests against President Emmanuel Macron's proposed pension reforms.

Thirteen of the capital's 16 metro lines will be closed though line 2 will function between 8am and noon, the Paris network operator RATP said on Saturday night.

Four tram lines would be unaffected, it added. However the other four would face significant delays.

On Saturday, Yellow Vests activists united with protestors from the CGT, FO, Solidaires and FSU trade unions to march towards Chatelet in central Paris.

According to the Paris police department, 4,500 people were in the block.

"It's now up to the government to listen to what is going on," said CGT boss Philippe Martinez, who was among the demonstrators.

"They have to listen to the people. I think we're into the second part of Macron's presidency. In that second part he should listen and stop being arrogant. This is his moment to do it."

The unions have defied calls to wind down the action during the Christmas and New Year holiday period. The refusal has led to chaotic journeys for hundreds of thousands of travellers.

One in five regional trains around Paris would fuction while there would only be three in 10 in operation around the rest of the country.