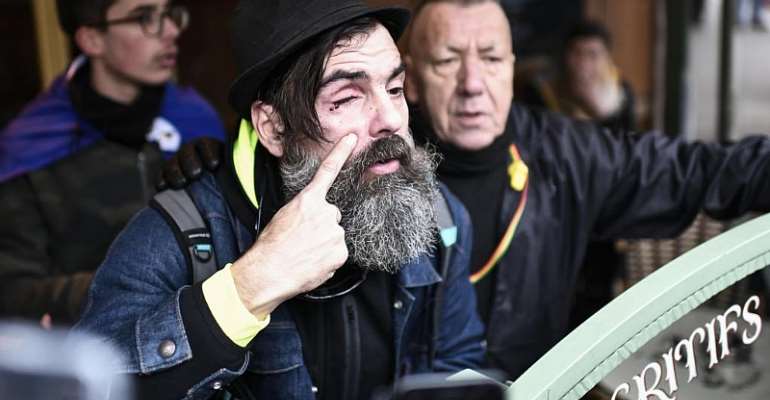 French police fired tear gas on Saturday as they faced off against Yellow Vest protesters who joined angry demonstrations against the government's pension reforms.

Videos posted to social media show makeshift barricades set alight near the Popmidou Centre in the heart of Paris, with CRS riot police intervening to tame the flames.

Prominent Yellow Vest figure Jérôme Rodrigues, who lost an eye during a rally in January, denounced police violence as he claimed to again have been injured by officers.

"What have I done to them? I advocate pacifism," he told Le Parisien newspaper.

Marches also took place in other regions, including Bayonne, Toulouse and Saint-Etienne.

Strikes roll on, trains stay put
Poised to enter its 25th day on Sunday, the nationwide strikes over proposed pension reforms are now the country's longest in three decades.

The longest transport shutdown, in 1986 and 1987, lasted for 28 days, also over Christmas. Unions, however, will be hoping to emulate the 21-day strikes of 1995, which forced the government to bury similar reform efforts.

Consultations between the government and union and employer organisations are set to resume on 7 January.

Anti-LGBTQI+bill not to engender hatred for persons, meant t...
55 minutes ago

JB’s two phones tendered in as evidence
55 minutes ago