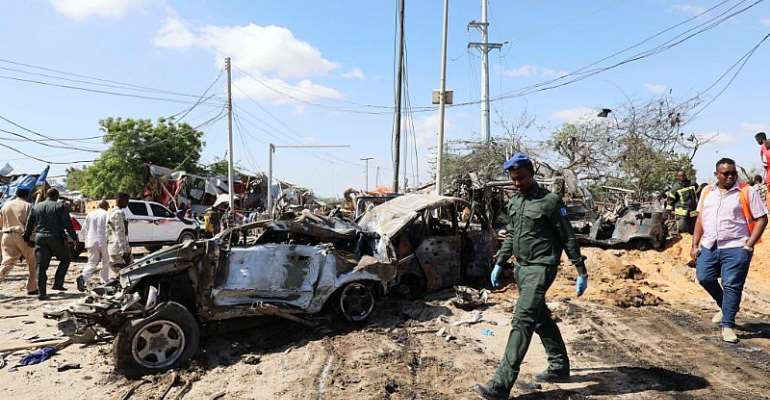 At least 76 people have been killed after a massive car bomb exploded at a security checkpoint in the Somali capital Mogadishu.

Scores of others, including children, were wounded in the attack, which came during rush hour.

Mogadishu is regularly hit by car bombings carried out by al-Shabaab Islamist militants, but Saturday's attack was one of the deadliest in recent memory.

There was no immediate claim of responsibility for the blast. Al-Shabaab was pushed out of Mogadishu in 2011, but continues to target high-profile areas of the city.

Five people were killed two weeks ago when al-Shabaab militants, a group linked to al-Qaeda, attacked a Mogadishu hotel popular with foreigners.

The deadliest attack in Somalia's history was in October 2017, when 512 people were killed in a truck bombing that was blamed on al-Shabaab but never claimed.