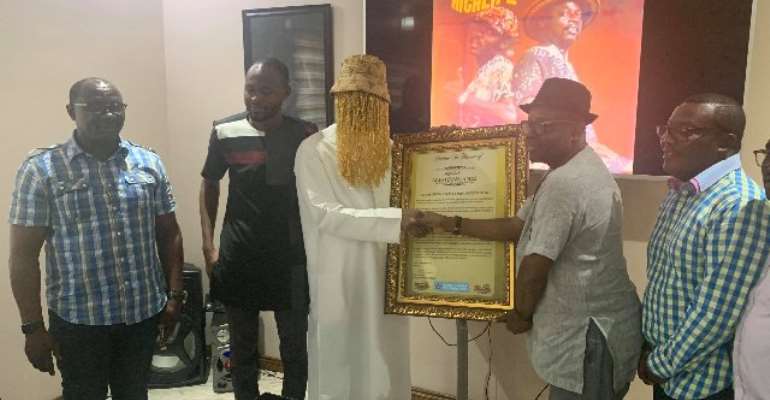 The Union has also awarded him with a citation and a plaque for his persistent war against corruption in high and low places in Ghana and beyond.

Acting MUSIGA President, Bessa Simons and some leaders of the group presented the award to Mr. Aremeyaw Anas on December 27.

The recognition formed part of the Union’s Anti-Corruption campaign entitled, "The Role of Music in the Implementation of the National Anti-Corruption Plan (NACAP)” and was supported by STAR-Ghana Foundation. 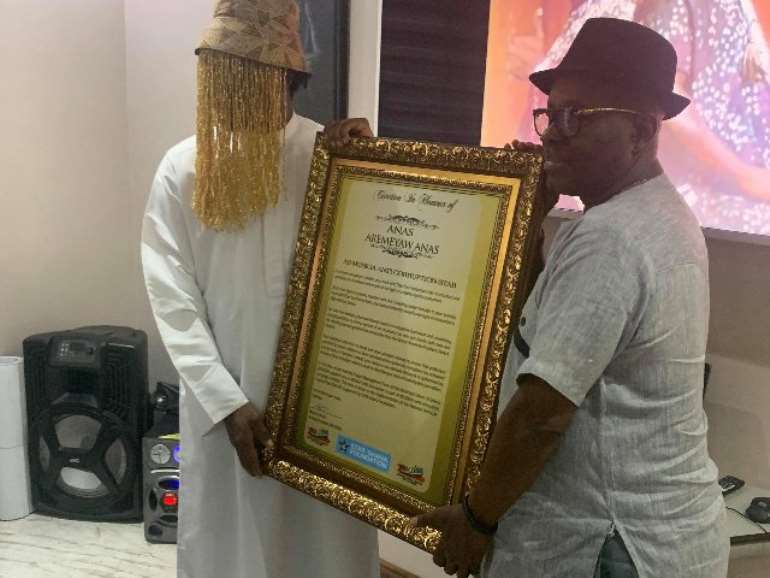 The award also recognised the analytical attention to detail of the undercover journalist as well as his constant strive to ensure that politicians and all duty bearers deliver on their mandate while eschewing corruption in Ghana's national discourse.

Receiving the award, Anas Aremeyaw Anas, emphasised the importance of the award to him as it was a mark of recognition from his own.

He said he was humbled to have been honoured by legends of the music industry whom he had read about and listened to while growing up.

In another development, the National Union of Ghana Students (NUGS) has conferred on Anas Aremeyaw Anas, a citation for his contribution to the fight against corruption. 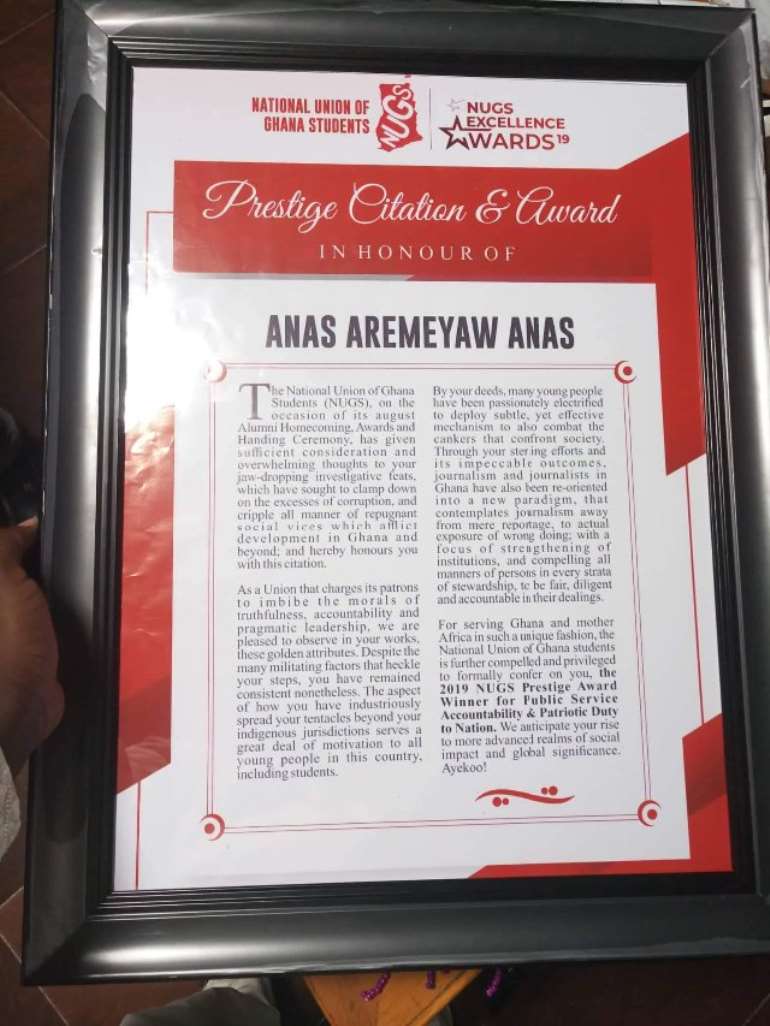 Parts of the citation read "Despite the many militating factors that heckle your steps, you have remained consistent nonetheless.

“The aspect of how you industriously spread your tentacles beyond your ingenious jurisdiction serves a great deal of motivation to all young people in this country, including students. By your deeds, have been passionately electrified to deploy subtle, yet effective mechanisms to also combat the canker that confronts society."

Under the theme "Uniting NUGS with one voice, a prerequisite for progress and restoration of confidence in student leadership," the ceremony assembled civil society, political actors, the clergy and students to commemorate the Unification of the hitherto factions that existed in the students front. 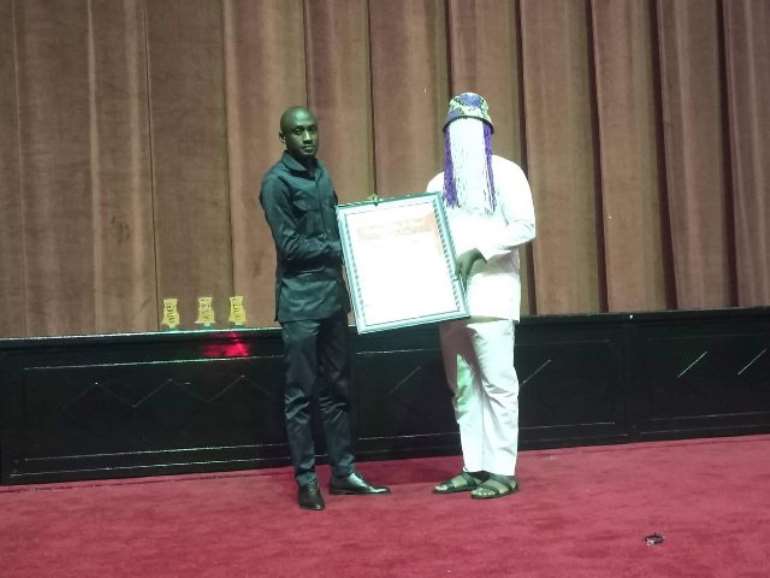 The Special Prosecutor, Martin Amidu and the Auditor-General, Daniel Domelevo were also Awarded.

Expression appreciation for the honour done him, Anas Aremeyaw Anas said he was happy that the students of Ghana are charged up to help in the collective fight for the soul of the country.

The year 2019
The year 2019 appears to have ended on a good note for Anas Aremeyaw Anas despite the devastating blow dealt to him and his team by the gruesome murder of his partner, Ahmed Suale early in the year.

In November, Anas received an honour at the maiden Ghana NiBs Innovations Awards, for his outstanding contribution to the economy of Ghana.

The Ghana Journalists Association (GJA) also awarded Anas at the 70th Anniversary Awards held at the Kempinski Hotel under the patronage of Vice President Dr Bawumia. It was for his outstanding contribution to the development of journalism in Ghana and beyond.

“I wish all a Merry Christmas and a happy New Year. The year 2020 is an election year. Let us all ensure a peaceful and trouble-free election as we keep fighting for transparency in our democracy,” Anas said in an interview.