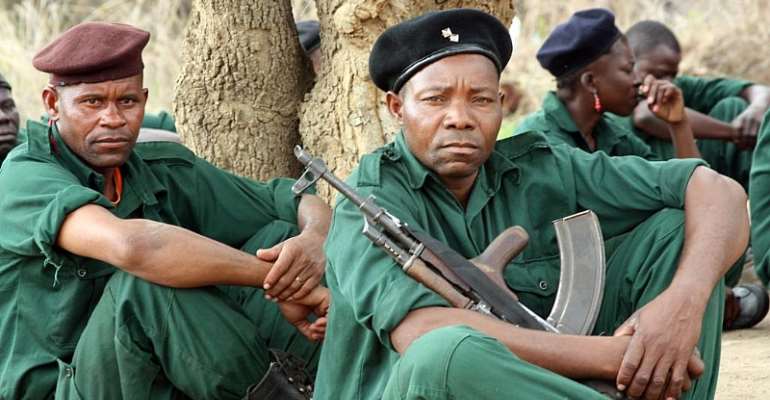 Two and a half months after its sixth presidential elections, the situation in Mozambique is sombre. An explosive cocktail of poverty, land expropriation and political grievances are likely to expand the two ongoing conflicts in the north and centre of the country.

A peace deal was signed on 4 August between the ruling Frelimo and opposition Renamo, a former guerrilla movement, but its positive outcome has yet to be felt on the ground.

Events surrounding October's polls and its largely contested results may well lead to an escalation of armed conflict in Mozambique, according to David Matsinhe, a Lusophone researcher at Amnesty International.

The ruling Frelimo extended its 44 years in power with a landslide victory in presidential elections held on 15 October and President Filipe Nyusi was re-elected for a second five-year term. But the opposition Renamo rejected the results claiming massive rigging and called for new elections.

The United States reported fraud and intimidation. At least 44 people were killed in election related circumstances and opposition members were arrested.

A combination of various long-brewing factors: poverty, economic grievances, political powerlessness, constitute an explosive cocktail for an escalation in violence.

“Political, economic and social exclusion are most particularly felt in north and central Mozambique because this is where the mineral resources are concentrated,” says David Matsinhe.

Land in the two regions has been expropriated and given to multinationals companies, mines and to produce export crops.

“This has escalated the problem of landlessness, food insecurity and lowered the standard of living. People have no homes anymore. The disenchantment with the government fuels political unrest,” he added.

Jihadism in north Mozambique
Meanwhile, in the north, the Frelimo administration has been fighting a Jihadist insurgency since 2017 when the first major attack was launched against government forces on 5 October.

Matsinhe says that the north has the poorest provinces in the country with bad infrastructure and a failed education system.

“A lot of these young people have no education whatsoever. They are young people who have been mobilised and radicalised and are now committing acts of extreme violence using Islam,” declares Matsinhe.

Renamo/Frelimo fighting in the centre
A faction of the Renamo never agreed to the August 2019 peace deal and did not lay down arms. On 24 December, they launched an attack against government forces which led to 10 people being killed in Sofala province.

“These are heavily militarised men who still continue to operate in the jungle and they can cause serious problems,” says Matshine.

He added that he hasn't seen the Mozambique government undertake any concrete steps to address this issue.

After the election debacle, the two wings of the Renamo finally agreed on a common position: the peace agreement was broken.

“Now the Renamo is saying that they will not be responsible for what may happen in the future,” says Matsinhe. “Given the history between Renamo and Frelimo, we will not be surprised if escalation of violence takes place.”