Know The Crimes Committed By Developed Countries In Africa, If You A Writer In A Foreign Country 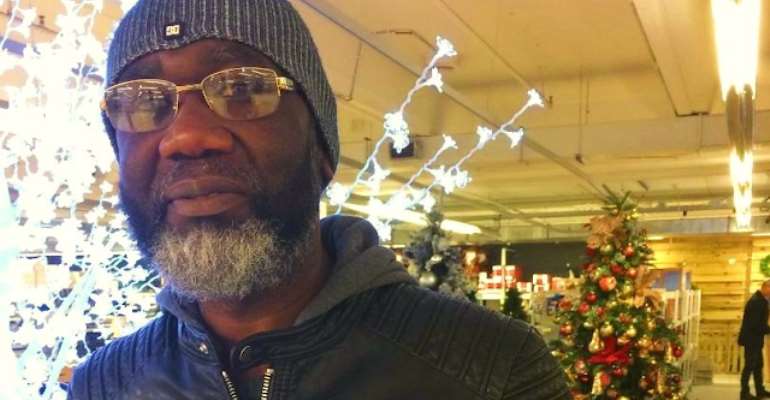 To me, it’s really very sad to claim to be a writer, especially, living in a foreign country, yet have no idea about the roles some of the developed countries and organizations play in destabilizing the economies of African countries, just to create difficulties for its citizens.

I couldn't believe reading an article someone tries to prove Kennedy Agyapong, Member of Parliament for Assin Central Constituency, wrong for accusing the International Monetary Fund and World Bank as culprits undermining the leadership of Nana Akufo Addo.

Any writer that claims to be an intelligent person, must know much about how some African leaders that exit from the International Monetary Fund and disassociated themselves from the World Bank, governments were pulled down by the two monetary organizations, leading to their assassinations.

The two African leaders were Sylvanus Olympio of Togo, who was assassinated on January 13, 1963, and Thomas Sankara of Burkina Faso, who was also assassinated on October 15, 1987. Both exit from the International Monetary Fund, therefore, Kennedy Agyapong knows what he is talking about.

Sometimes, it’s very frustrating if you want to put down the truth and expose the clandestine crimes certain countries such as Britain, Holland, Belgium, and the United States, have committed in the past in Africa and still, some are repeating the same crimes, yet some Ghanaians or people who hate you would attack over the subject you have written.

As a matter of fact, Africans are partly responsible for most of the crimes which have taken place on the continent because of hate and jealousy against themselves or because we are not one. Even in Ghana, tribalism is one of the biggest problems in the country.

My numerous readers or those interested in this writer’s articles will agree with me the number of times, my tribe as a Fantsi, has been under attack with abusive comments, numerous times, any time my article is published.

Assuming Africans or Ghanaians are one, we wouldn’t have suffered such a long history of crimes at the hands of a country like the United States of America.

I understand African leaders, they can be corrupt but they are not stupid. Every African leader knows that Aids and Ebola are biological weapons engineered from the laboratories of the United States of America.

They know what the United States government is capable of, thus; they prefer to be quiet. They also enjoy their peace, since the US government assists African countries financially in certain projects, such as Aids and Ebola projects, since they are responsible.

If you are an intelligent writer living in America and you don’t even know that Aids and Ebola are biological weapons by the US government, you don’t have to attack a writer who writes about that topic because such attacks firstly, portray Africans as ignorant and secondly, give more power to the US government to commit more medical crimes on the continent.

This is one of the reasons I believe hate against each other has increased more crime in Africa.

Even though I have no penny in my pocket, I feel like a millionaire, any time I remember how intelligent Ghanaians demonstrated against the US government, through the principal streets of Accra, from building a military base in the country.

The US government thinks Africans are fools, as they build their bases in African countries, deceiving some African leaders that the purpose is to help fight terrorism on the continent of Africa.

After reading the book ‘Aids, Origin, Spread, And Healing,’ by the German doctor, Wolff Geisler, it gave me a comprehensive understanding of the reason behind the setup of US government military bases in Africa.

The world is rapidly changing with political chaos, unrests and bloody demonstrations. Since it’s no more a secret that Aids and Ebola are biological weapons, the US government, not sure of what will happen in the future against its nationals in various African countries, wants to build enough of their military bases in Africa, to quell any uprising or revolt by angry Africans.

Why are some Africans not intelligent at all? Do we need America’s military bases in our countries to fight terrorists for us?

Why do some African leaders easily believe in a government that says “In God We Trust," yet, created biological weapons to kill the African population, just to reduce the fast growth of the continent’s population and to take control of our rich resources?

Do you have to trust such a government who wants its military base in your country with the stupid reason to fight terrorism in your country? Ghanaians, congrats!

Because of the wickedness and crimes the US government has committed around the globe, the country and its nationals have been a target to terrorists. Even though Burkina Faso is under series of terrorist attacks, other African countries don’t have to live in fear because of terrorists.

Ghana hasn’t committed any crime to live in fear because of terrorists. If today terrorists strike Ghana and the police intelligence is strong, investigations will reveal that they were either after British or American nationals in the country.

It doesn’t matter where we come from or the tribe you belong in Ghana because we are all one. We must stop hating each other because that inspires certain developed countries to commit medical crimes in Africa, with impunity.

#FixTheCountry campaign goes international with over 500,000...
36 minutes ago