Setting The Records Straight: Response To CSOs Calling For Criminalisation Of Drug Use In Ghana 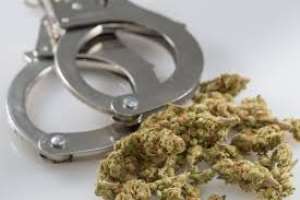 We have read the CSOs petition to the President and the Speaker of parliament on why Ghana should not legalize cannabis.

Ghana is a signatory to the 3 international conventions, that is the 1961, 1971 and 1988 convention and the preamble-of these conventions mandates all member states to place the health and well-being of its citizens in the implementation of these conventions. Fairly, is continuous punishment of people who use drugs a fulfillment of that commitment of Ghana? Absolutely no, it’s in clear violation of the letter and spirit of these very conventions.

The Conventions provide a very clear provision whereby drug use does not need to be criminalized. The 1961 Convention, Article 36 (b) explicitly states “when abusers of drugs have committed such offences, the Parties may provide, either as an alternative to conviction or punishment or in addition to conviction or punishment, that such individuals shall undergo measures of treatment, education, after-care, rehabilitation and social reintegration in conformity…”.

This is then repeated in the 1971 Convention (Article 22b) and the 1988 Convention (Article 3, Para 4 c and d). Please take note of a commentary on the 1988 Convention “It will be noted that, as with the 1961 and 1971 Conventions, paragraph 2 does not require drug consumption as such to be established as a punishable offence” (UN, 1988). Moreover, the term personal use has not been defined in the International drug Conventions (Marks, 2019). The International Conventions rather criminalizes possession with the intention for trafficking and not possession for personal use.

The UNGASS Outcome Document, accordingly, calls on countries to “Encourage the development, adoption and implementation, with due regard for national, constitutional, legal and administrative systems, of alternative or additional measures with regard to conviction or punishment in cases of an appropriate nature, in accordance with the three international drug control conventions and taking into account, as appropriate, relevant United Nations standards and rules, such as the United Nations Standard Minimum Rules for Noncustodial Measures (the Tokyo Rules)” (Paragraph 4j).

Crucially, in the 2019 Ministerial Declaration, all governments also “reiterate our resolve, in the framework of existing policy documents… to promote, consistent with the three international drug control conventions and domestic law, and in accordance with national, constitutional, legal and administrative systems, alternative or additional measures with regard to conviction or punishment in cases of an appropriate nature”.

The new Cross-UN Common Position goes even further and “commit[s] to stepping up our joint efforts and supporting each other… To promote alternatives to conviction and punishment in appropriate cases, including the decriminalization of drug possession for personal use, and to promote the principle of proportionality, to address prison overcrowding and over-incarceration by people accused of drug crimes…

It is with sadness how some CSOs in this country try to use these very instruments to misinterpret the true meaning to Ghanaians.

Recently the World Health Organization through the Expert Committee on Drugs Dependence recommended an allowable amount of cannabis for therapeutic purposes, about 0.3% (if we can clarify what the 0.3% is for) which countries have been asked not to criminalize that.

Ghana in effect can allow an amount of 0.3% of cannabis use which according to WHO is not harmful to the human being but strictly for medicinal purpose.

The WHO has further requested the CND Commission on Narcotics Drugs) to reschedule cannabis, why? Because cannabis has medicinal values that are beneficial to humans hence should not be completely banned. (Cannabis is currently a Schedule 1 drug meaning it does not have any medicinal purpose which is not true). Additionally, the American Academy of Arts and Sciences (2017) has confirmed the medicinal value of cannabis.

It has been reported recently that, there is conclusive evidence that cannabis is a drug and it is effective in the treatment of chronic pain, multiple sclerosis-related muscle spasms and chemotherapy-induced nausea and vomiting.

Regarding the link between cannabis and cancer, the Academy found evidence to the effect that, smoking cannabis does not increase the risk of cancer which is often associated with tobacco use such as lung, head and neck cancers. The United Nations human rights mechanisms also recognizes that ensuring access to essential medicines is an essential element of the right to health and by ensuring the availability of essential medicines, will help to achieve Target 3.b “…provide access to affordable essential medicines…”

Moreover, it is reported that there is a large burden of untreated pain around the world with as many as 80% of the world’s population without access to controlled medicines (UNODC, 2018).

What some of these CSOs in Ghana are doing is just throwing dust into the eyes of Ghanaians and making everyone believe Ghana will be doing the wrong thing if we decriminalize cannabis and treat drug use as a health issue as well as allowing a certain amount for medicinal purpose like in other countries.

We humbly ask parliament to first and foremost think about the health and wellbeing of people who use drugs and support them and not continue to jail them for their drug use habits.

And Secondly, parliament has a duty to legislate laws that ensures that people who need cannabis for medicinal purpose readily have access to it to help relief themselves of severe pain. We cannot continue to criminalize a substance that can relieve pain when we actually have what it takes as a country to embrace that. We will like to urge parliament to also consider declassifying Hemp which is non-psychoactive and allow its growth for industrial and medical purposes.

Lastly, we will like to draw parliament’s attention to the recent media alert by the INCB in June (2019), where they admonished countries for over reliance on prohibition of drug use as the means of drug control. In actual fact the INCB called on countries to institute alternatives to punishment.

Coming home to Africa, the Africa Union (AU) plan of action on drug control 2019-2024 that was recently adopted by ministers of Member States has called on all to ensure, that, drug control mechanisms are comprehensive and, evidence based. The AU further called on all member states to remove criminal sanctions against people who use drugs and put in place alternatives to punishment for all who use drugs whilst also putting in place as well as adopt and implement harm reduction services for people who use drugs.

These and many other International and regional commitments are things issues Ghana as a country we should be promoting in the current bill and not seeking to digress from them.

We will like to assure all well-meaning Ghanaians that, the debate before parliament is meant to place the health and well- being of its citizens as a matter of priority and not seeking to exacerbate the current problems.

In conclusion, the WHO has recommended that, “drug control should not be approached as an objective in itself but as a tool to optimize public health”. We will want to join our voices to the following international organizations;

• The Committee on Economic, Social and Cultural Rights

• Special Rapporteurs on the right to health; on freedom from torture and other ill-treatment; and on extrajudicial, summary or arbitrary executions;

• The Committee on the Rights of the Child; and

• The Office of the United Nations High Commissioner for Human Rights

in recommending the decriminalization of drug use and possession for personal use which will be an important step towards the fulfillment of the rights to health and towards protecting the safety and well-being of communities.

This is in line with the twelve UN agencies which have jointly recommended review and repealing of laws criminalizing drug use and the possession of drugs for personal use on 27th of June, 2017. (UNAIDS/UNHCR/UNICEF/WFP/UNDP/UNFPA/UNWomen/ILO/UNESCO/WHO/IOM/OHCHR,)