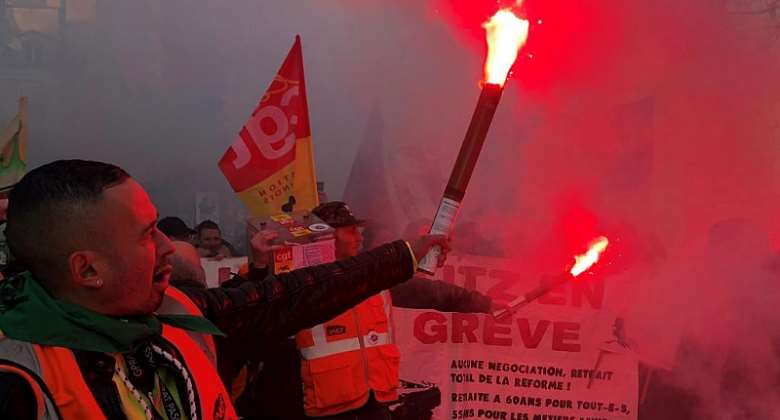 2019 marked a tumultuous year for France, opening with Yellow Vests riding the early high of the protest movement and ending under crippling strikes against pension reform. Fury on the street was momentarily overshadowed by the fire that ravaged Notre-Dame Cathedral, with the restoration proving slower, more complex and more expensive than expected. Click 'Play' to listen to the podcast.

The Yellow Vest movement carried on into 2019 with fury, leading to Macron proposing tax cuts for French workers.

Former President Jacques Chirac passed away at the age of 86.

Femicide and fire
The year was marked by a campaign to raise awareness of the alarming state of domestic violence and femicide in France.

An accidental fire severely damaged the main spire and the lead-covered roof of the Notre-Dame Cathedral.

In October, an administrative agent at the police headquarters in Paris killed four people in a knife attack.

An unprecedented heatwave in France saw temperatures hit to 42.6 degrees in Paris.

(Thanks to radio technicians Yann Bourdelas and Guillaume Buffet)

Galamsey: We have to win the fight to protect our heritage -...
44 minutes ago