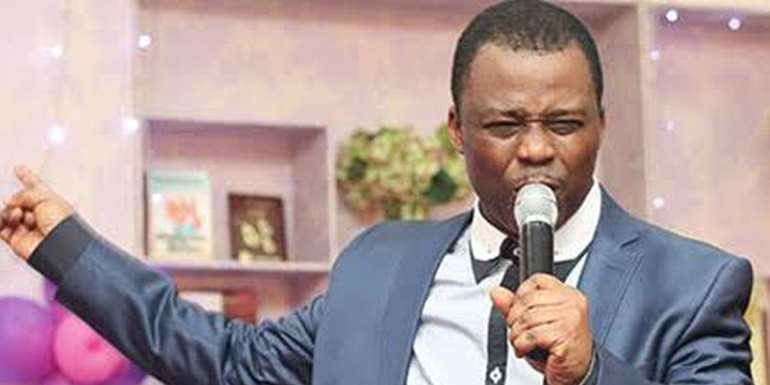 The recent outburst of General Overseer of Mountain of Fire Ministry (MFM), Dr Olukoya condemning the celebration of Christmas has sparked serious reactions by the Christian community on social media platforms.

Olukoya has frayed Christians who celebrate the birth of Jesus of Christ on December 25 declaring that Christmas celebration is not written in the Bible. He hinted that from the biblical historical record, Jesus was not born on December 25 stressing further that his birth season might likely fall within the period of April and May.

As the exert Jesus Birthday is not known and recorded in the Bible, he has therefore mandated his followers to stay off from Christmas celebration.

Thus, just like how Olukoya has caused confusion in Christian community today, there are many others doing the same too with alien doctrine and their gullible followers take it as their norm. It will interest my reader to know that last two years when I visit my village for a short stay, I had an encounter with Olukoya-like Man of God too. In the Church, I branch to, the general overseer while preaching told his gullible followers that it is demonic for Christian ladies, women to put on underwear like Pants and Braziers.

He also declares to his members to reframe from eating tilapia fish noting that the demonic water spirit came to the world through the fish and it still manifests itself in the fish form to date. Then, going ahead to eat the fish implies that one is associating with the demon.

After the service that day when everybody gets up and started trekking to their respective home, I understudy all the women and the ladies going, alas, I came to realiSation that none of them wear Pants as their bonbon was dangling in their wrapper.

I also learned that a woman in her late 50s, a member of the church often condemn her grand-daughter for putting make-up and certain women hair braiding. She averred that such are forbidden in their church as her Pastor (same church) told them that weavon and certain hair creams used by women are made from the demonic kingdom exported to the world for sale to take people to hell.

This same old woman always frowns at her grand Daughter on how she dressed. She often said that their Pastor serially declared that was not written in the Bible that women should use weavon and skin enhancement cream. The Church members where this Pastor presides blindly followed him and accept his doctrine without question just like how Dr Olukoya has reframed his members from joining Christmas celebration.

The very church Pastor I am talking today is living in a well-furnished apartment with all the latest electric gadgets. The issue to ponder on, if we have to go by his saying, will be proper for this pastor to have a Television set in the house when it was not recorded in the Bible that Jesus Christ used Television set while on earth and Bible never mandated us to use Television set.

Concluding, from the ranging controversies, I am tempted to ask, where do we go from here when every Dick and Harry in a bit to woe members to their churches comes with alien doctrine and principle to cause confusing in our churches?