Rwanda's grand vision for future leaves poor on the curb 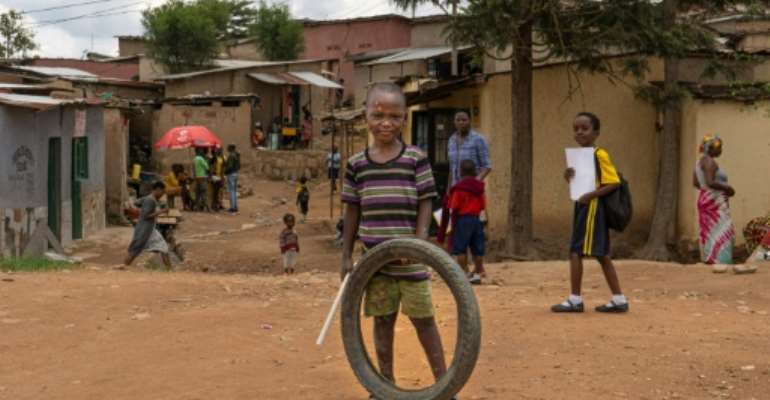 Many of Kigali's poorest no longer feel welcome in a city that has undergone a major facelift as part of President Paul Kagame's masterplan to turn Rwanda into a wealthy nation by 2050. By - (AFP/File)

Slum dwellers in Kigali are accusing city authorities of razing their homes without paying compensation, stirring anger among poorer Rwandans who feel marginalised by a government-led push to modernise the capital.

This month, the first of thousands of homes slated for demolition in Kigali's unplanned settlements were bulldozed, sparking protests from owners and tenants told to move on.

City authorities say the homes were built illegally on wetlands, or areas deemed at risk from landslides and flooding, and those evicted were being offered lodgings elsewhere.

But many of Kigali's poorest no longer feel welcome in a city that has undergone a major facelift as part of President Paul Kagame's masterplan to turn Rwanda into a wealthy nation by 2050.

The capital has been the focus of a multi-billion-dollar infrastructure blitz in recent years, with futuristic convention centres, five-star hotels and modern flats altering the skyline.

The city has earned a reputation among African capitals for its unusually ordered and clean streets, but the heavy-handed approach of local authorities has caused alarm.

Rights groups have accused the Rwandan government of rounding up "undesirables", including street children, beggars and prostitutes, and holding them in a grim detention centres.

Critics say the poor have paid a steep price for Kigali's transformation. But pockets of resistance have emerged as slums have been cleared to make way for modern housing complexes or green areas.

The slums are disparagingly called "Bannyahe" -- a naming roughly translating to "where I can defecate" -- and border some of Kigali's most exclusive postcodes. By - (AFP/File)

In Nyarutarama, a neighbourhood hosting Kigali's largest informal settlements, some residents have refused to make way for the wrecking ball, defying state orders.

"We were told to move because the land was for public benefit," said Antoinette Mushiyimana, whose home in Nyarutarama is among those marked for destruction.

"We are being relocated to another small house in Busanza (a suburb in Kigali). But they are not giving me the compensation I deserve. That is why many people have refused to move," she told AFP.

These slums are disparagingly called "Bannyahe" -- a naming roughly translating to "where I can defecate" -- and border some of Kigali's most exclusive postcodes.

City authorities insist the evictions are for the good of the people.

"The city informed these people that the law does not allow them to live on wetland areas. They were given letters and advice, but nothing was done," Kigali officials said in a statement.

In Kigali, rising condos and gleaming buildings have made life harder for ordinary Rwandans, driving up rents and the cost of living. By - (AFP/File)

"This is even more important because of the heavy rain and floods, which might cause deaths."

But some residents accused the local government of reneging on a deal to pay for the land.

But when it was demolished in December, he was handed just Rwf 30,000 to find new shelter for his wife and three children.

"They destroyed the house, and didn't even give me enough to pay rent for my family," he said.

He vowed to take the matter to court -- an avenue being explored by others who felt cheated and brushed aside in a city pushing them ever further to the margins.

Kagame, who has been in power since 1994, says his "Vision 2050" for a new Rwanda will drive economic transformation for all in the tiny, landlocked country where close to 40 percent live in poverty.

Kigali has a reputation among African capitals for ordered and clean streets, but the authorities' heavy-handed ways of protecting this image has caused alarm. By - (AFP/File)

Few at home disagree with his plan, or the tremendous costs involved in rebranding Rwanda as a destination for foreign investment, high-end tourists and global conferences.

A shiny convention centre opened in Kigali in 2016 cost a reported $300 million, making it one of Africa's most expensive buildings. A new $1.3 billion international airport for Kigali is in the works.

But in Kigali, the rising condos and gleaming buildings have made life harder for ordinary Rwandans, driving up rents and the cost of living.

Unemployment rose to 16 percent in November, official figures show, and inflation has climbed too.

"Officials keep telling us we'll move, whether we like it or not. I would rather die than leave without proper compensation," said Jean De Dieu Shikama, whose home faces demolition.