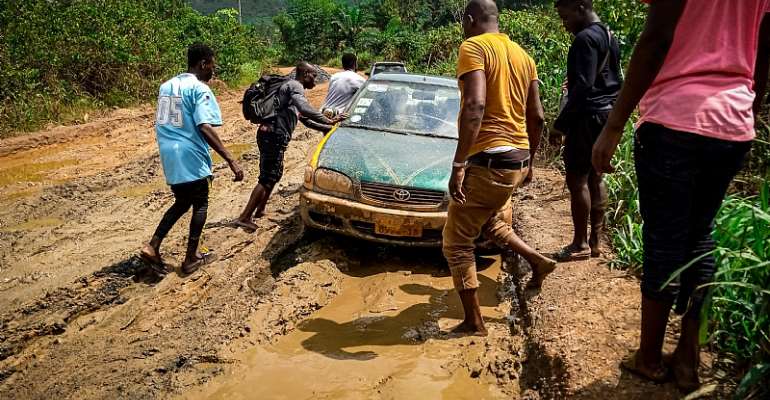 Stuck vehicle being pushed by passengers.

Their facial expression, as they tell their story could be described as frustrating and hopeless. Farmers who have been plying that stretch for many years recounted how their farm produce had to go waste, since they are sometimes unable to pay for the exorbitant charges by drivers on the poor Prestea - Mbease Nsuta road.

The road connecting Prestea and Mbease Nsuta and other communities in the Prestea Huni – Valley Municipality of the Western Region, is in a deplorable state, resulting in famers making losses after their produce get rotten.

The route, that can take commuters half an hour now takes them an hour and half or sometimes more to get to their destinations.

The situation has landed in a deliberate increment of fares and overloading of passengers. Each passenger pays Ghc10 with six passengers and the driver, making seven in a five seater taxi cab. Instead of Ghc7 with five passengers including the driver.

On a trip to the community Monday December 23, 2019, passengers who were already uncomfortable in the taxis were asked to get down and push their vehicles whenever it got stuck in the muddy road.

At one instance, the frustration of the passengers on board a taxi turned confrontational, when one raised concern about why he should be made to share a seat with another, push a stuck vehicle, and still pay Ghc10.

Farmers from these areas produce different foodstuff for the major market centres in Prestea, Bogoso and Agona Nkwanta in the Ahanta West District.

However, due to how bad their road is, they continue to record post-harvest loses anytime the roadblocks or drivers refuse to cart their goods to the centres for lack of agreement, on how much the farmer can pay.

One farmer, who gave her name as Aunty Essuon told modernghana.com that, the state of the road has been their problem for the past years.

She said “it gets worse each day and that is our problem. I don’t go to the market whenever it rains because I know I won’t be able to pay for the fare of the Kia truck. My tomatoes are getting rotten and Christmas is also coming.”

Aunty Essuon and her mates, who were looking for a vehicle to get their goods to Bogoso to prepare for Tuesday Market Day appeared helpless, as they had stood at the car station close to an hour without getting a vehicle, which may agree to cart their produce to the market at a reasonable fare.

On the other hand, drivers who ply the road daily, justifying their increment of the fares say, the extra Ghc3 are put together for weekly maintenance of their vehicles since the poor state of the road keep grounding them.

Their position on the situation of the road pointed out that, there was no way they would consider the farmers from that part of Prestea Huni - Valley Municipality if the road is not fixed.

This means, foodstuff will continue to rot, which in turn will make the farmers poor because they have no proper access to the market centres.

Aunty Essuon, on behalf of her colleagues, is therefore pleading with government to swiftly put the 8-kilometre road into good shape, to facilitate and maintain their only business. 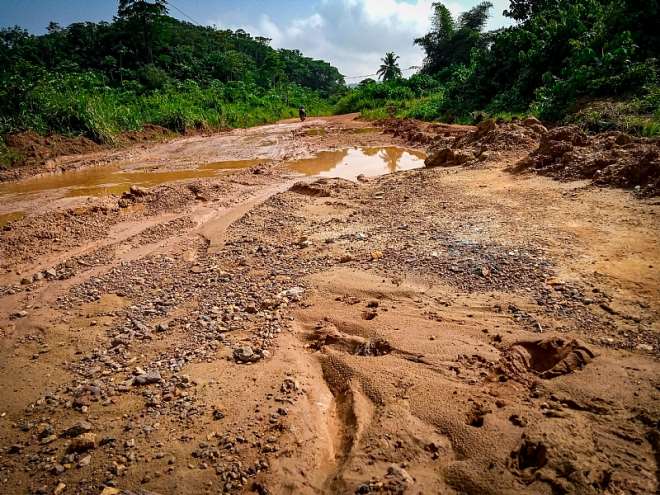 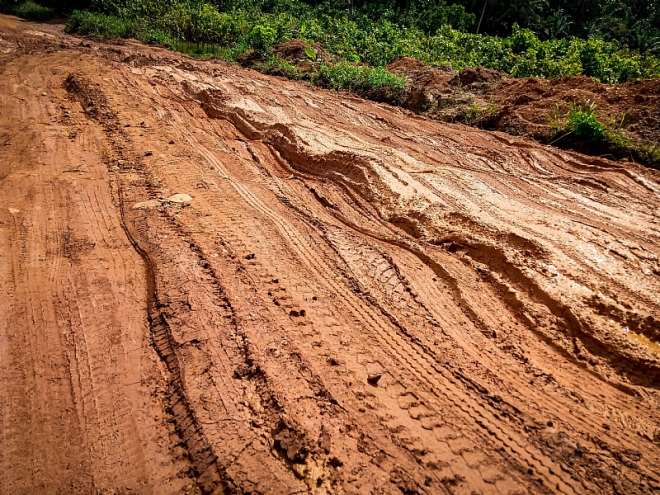 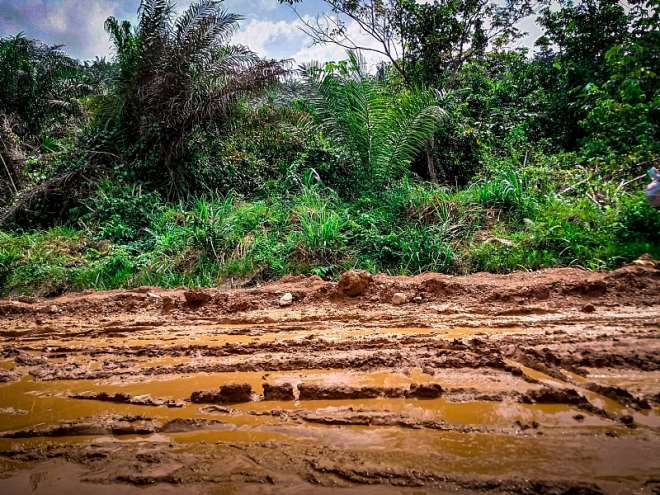 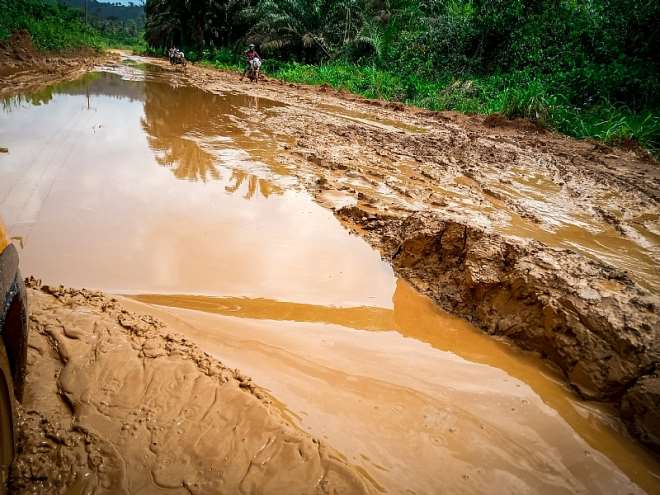 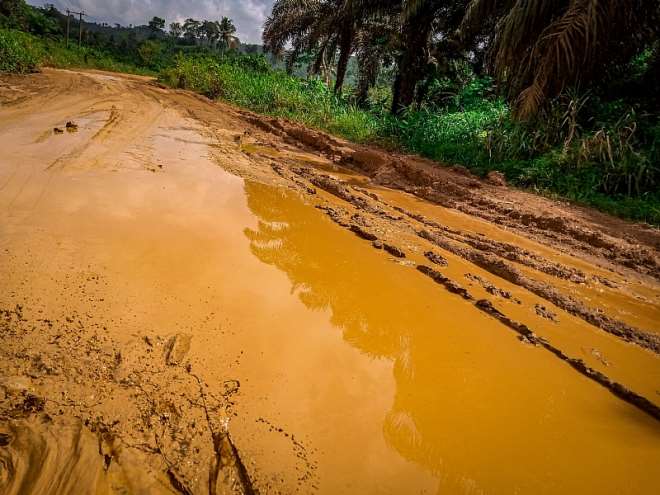 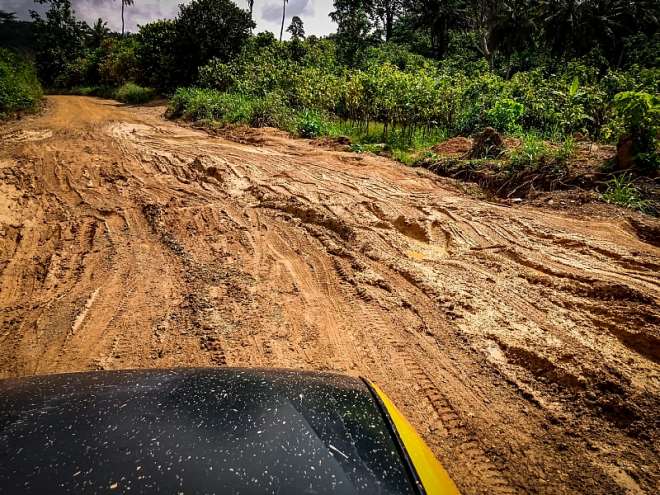 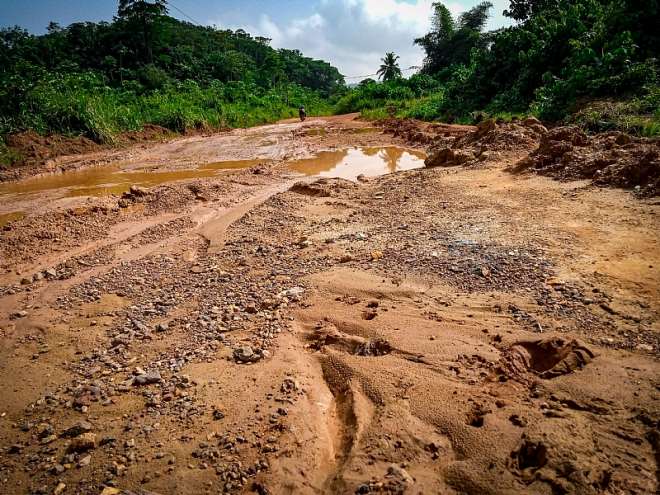 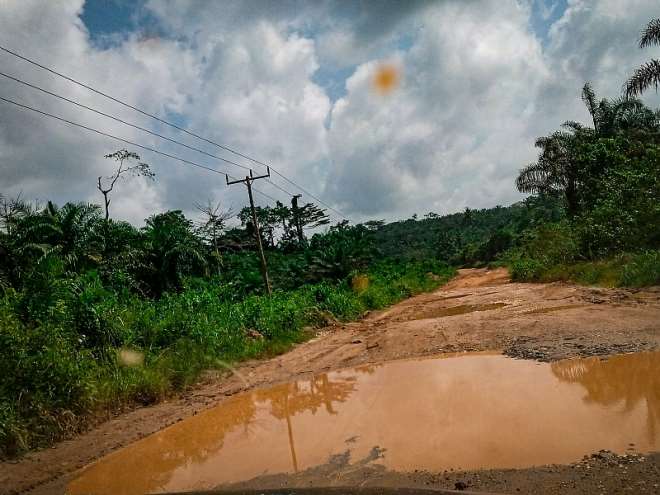