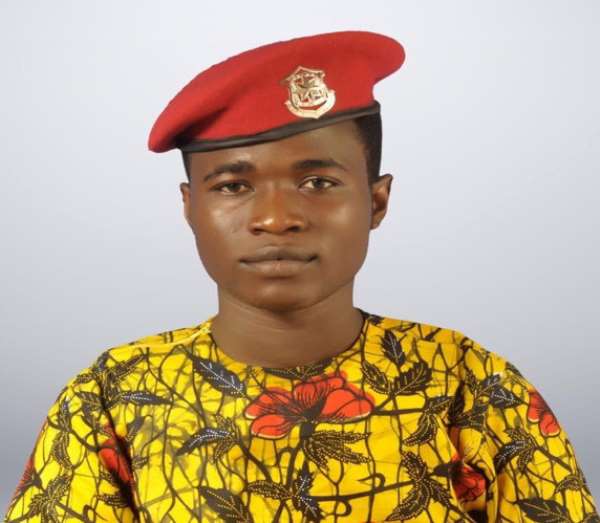 A colleague has asked my opinion on the subject (ever-increasing number) of disadvantaged youths in Liberia. I used the [hypothesis] cause-and-effect explanation of the implication. In a blunt note, I made academic and social inquiries on the subject. Immediately, I ran through the perspective of Aristotle when he dealt with the

In another academic inquiry this time, the Communist Manifesto, the materialist conception of history. The foundation of Marxist Thoughts holds the belief that the mode of production in material life determines the general character of the social, political, and spiritual processes of life. Thus, the economic structure of society is the real foundation, on which rise the legal and political

superstructures and which defines the character of the society. It is important to sort this perspective as the two correspond with the foundation of my argument and opinion.

As of this writing, the skyrocketing [upswing] inflation is 28 per cent, and this has several negative economic implications on the income of the rural poor, peasants and the urban masses. The World Bank and the IMF report, the economic growth forecast for 2019, is now at 0.4 per cent from 4.7percent. The budgetary deficit for fiscal year 2018/2019 has reached its peak of US$225 million; the aftermath of which hamper progress (in civilian goods) government projects in road connectivity, education, healthcare, infrastructure, etc. Note: the downtrodden masses suffer the most. Zero Foreign Direct Investments, maybe because of a lack of trust in Weah-led government. Unemployment is at its unprecedented level of 83 per cent, especially among young people; thus the bulk of the young people get themselves involved in unproductive activities/banditry. The Liberian dollars is hotly devaluing against the United States dollars, which has its root because we are not adding values to the commanding weight of our economy. Production and distribution activities can determine money value. The country is fast retrogressing towards heavily indebted poor country as Public External Debt Stock is calculated- US$987.8 million.

What Liberia faces is a giant-size economic downturn in the making which tends to increase the crime rate and other crime-related activities. Like some commentators in certain quarters would say, “a father who can’t find Job integrity is under threat.” The economy is on the verge of collapsing. Meanwhile, the root cause (of the static-no growth economy) from a broad outlook is imperialist capitalism which got imposed on Liberia and African people by the West. The features are based on the centralization, financial and concentration of the commanding heights of a country’s economy in the hands of globalized finance capital and transnational corporations.

More so, some of the consequences of this economic model can be posed thus: imagine, there are no shortages of unoccupied arable lands in the rural areas yet we still order tomatoes, rice from other countries including China. The government continues to be aid-dependent. I invite the president and the entire government to read Dambisa Moyo, Zambian economist, scholarly research book ‘Dead Aid: Why Aid Is Not Working and How There Is a Better Way for Africa’ the book will widen he and his team understanding about the subject.

In the opening part of this work, I put out two perspectives: one from Aristotle and the other from Marxist thought. Liberia declared itself a republic which means citizens have equal status before the

law. I ask you, what is equality when true ‘economic freedom’ don’t have meaningful livelihood? The vast majority of the people stay in [Bantustan] native reserves under economic living conditions.

Aristotle was right. The State originated for the sake of life, continues ‘for the sake of the best life.’ Since the economic structure of society-the real foundation, on which rise legal and political superstructures and to which correspond definite forms of social consciousness, if this so, bad economic system (practised in Liberia) is responsible for Increase in disadvantaged youth which signals new criminal Inflation Fears. It might be true that there are other factors (that is not for me to detail since this is most economical) gearing toward the ever-green subject of

disadvantaged youth. This is not unique to disadvantaged youths, all other sectors (same stories with different names) suffer the same because of the same root cause-imperialist capitalism. The economic power of any nation determines how the citizenry responds to social activities or general growth.

It was estimated by the INDEPENDENT NATIONAL COMMISSION ON HUMAN RIGHTS (INCHR), in August 2016, the total number of prisoners recorded across Liberia were 2, 354 ( 1,960 in prisons and 394 in detention facilities). INCHR report indicates that the number of prisoners tripled daily particularly at the Monrovia Central Prison (MCP). With this unprecedented and unwanted report, it is probably better for one to employ wisdom in postulating the proper interpretation of the root-causes. It is worth noting that prison approach is obviously retributive. As asserted in the breakfast section of this work, Liberia faces a huge economic downturn which has dehumanized its people and get them twisted spiritually, mentally and physically. Thus, increasing banditry or criminal activities within the country, in return, the government tends to use the retributive approach. On the contrary, some people have taken the decision to be bona fide gangsters and drugs users and gamblers. Rationally, the assertion is not to morally justify criminal actions. However, due to it triple number one can generalize that the pyramid economic system is more criminal than the criminals in various prison systems. Therefore, it is better for government to establish a country based upon a concept of practical social justice- peace, equality, and justice for all. The former promotes equilibrium

-that is, every citizen will have an economic fair start whether he/ she is from extremely poor home or rich family. This will wipe away the rotten system and set the stage for national transformation.

Where do we go from here?

Systematically, Liberia's problem is economical as well as political; therefore, it needs to be addressed politically and economically.

Predicated upon this, Liberia needs to pinpoint toward the [sum light] democratic socialism- the democratic means of achieving socialism objectives- the state must take ownership of the means of production and distribution. Imperialist capitalism has failed in Liberia and the rest of Africa. It is only rational in this current dispensation to change the pattern of the means of production and distribution to create a robust economy for Liberia. We can achieve it through a mature revolutionary leadership of progressive forces. Progressive forces must inculcate consciousness in the minds of the masses especially in the hinterland. They also need to place caution and emphasis on the dark days of politics. As the African proverb

goes: “The best time to plant a tree is twenty years ago. The second- best time is now.” The time for total transformation is now. Onward to African socialist revolution!

I write for history!

Sallia S. Komala, a student studying economics at Cuttington University and can be reached at [email protected]