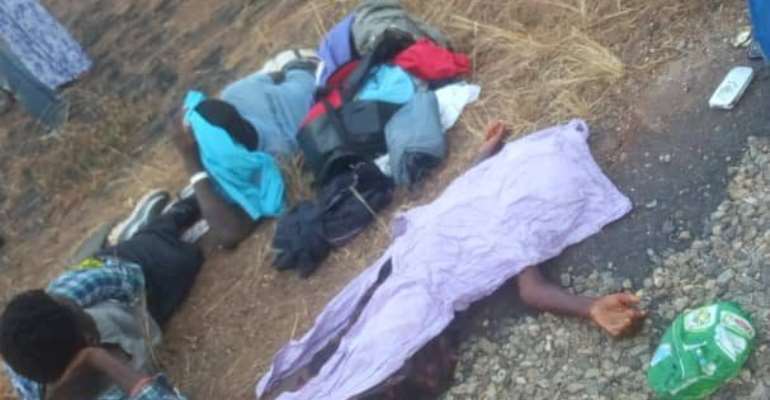 Six persons including a minor, have died in a ghastly car crash at Mankuma, a village in the Bole District of the Savannah Region.

The crash involved a minibus and Sprinter. Other passengers sustained various degrees of injuries.

They are said to be receiving treatment at the Bole government hospital.

About three of the victims are believed to have died on the spot.