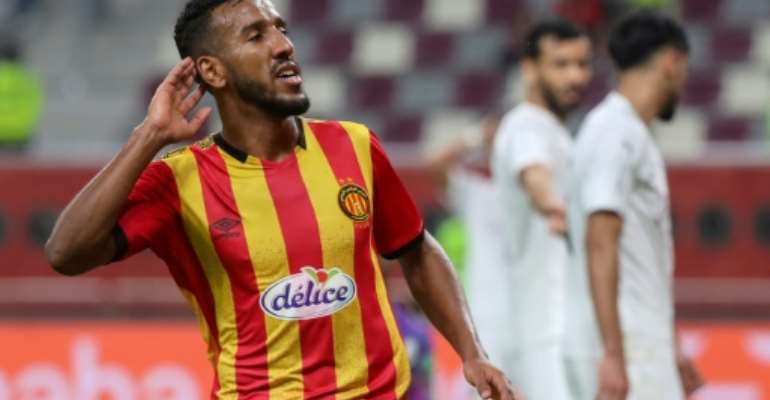 Hamdou Elhouni-inspired Esperance of Tunisia want to carry on where they left off in the Club World Cup when the CAF Champions League resumes Friday with three matchday three fixtures.

Libyan Elhouni scored a hat-trick in a 6-2 rout of Al Sadd from host nation Qatar last week as his side finished fifth in the annual competition, which Liverpool won.

Primeiro Agosto of Angola must contain Jackson Muleka in Luanda if they hope to end the two-match winning run of five-time African champions Mazembe.

Muleka scored twice in a 3-0 home triumph over Zamalek of Egypt, also five-time winners of the competition, and repeated the feat as Mazembe edged Zesco United 2-1 in Zambia.

Winning away to 2018 semi-finalists Primeiro, who have only one point, would confirm Mazembe as favourites to win the group as they chase a first Champions League title since 2015.

Algerian Karim Aribi hopes to increase his chart-topping nine-goal tally in the Champions League this season when Etoile Sahel host Al Hilal of Sudan near Tunis.

Aribi scored four goals in a qualifier and has at least four more matches to try and overtake Nigerian Stephen Worgu, who netted a record 13 times in the 2008 season.

Etoile, the only club to lift all five past and present CAF trophies, edged record eight-time Champions League winners Al Ahly of Egypt 1-0, then outclassed Platinum 3-0 in Zimbabwe.

Ahly recovered from the loss in Tunis to beat Al Hilal more decisively than the 2-1 score suggests and are expected to collect maximum points against pointless Platinum in Cairo.

Mamelodi Sundowns coach Pitso Mosimane believes the South African club can defeat hosts USM Alger of Algeria despite a disruptive build-up to the match in Blida near Algiers.

Limited travel options meant the Pretoria outfit left Johannesburg Monday and flew via Paris to the north African nation, where they trained on Christmas Day.

"I believe we have more chance of defeating USM than Wydad Casablanca," said 2016 Champions League-winning coach Mosimane, referring to a 0-0 draw in Morocco this month.

But if Sundowns lose, they could surrender top place if twice champions Wydad exploit home advantage and beat struggling Petro Luanda of Angola.

Esperance have recovered from a poor start to their challenge for a third consecutive title with wins over Raja Casablanca and JS Kabylie taking them to the top of the standings.

The victories over the Moroccan and Algerian clubs came after the 'Blood and Gold' battled to overcome minnows Elect-Sport of Chad in a qualifier.

With V Club virtually out of contention already, the clash of Raja and Kabylie in Casablanca assumes added importance as both former champions eye a top-two finish and a last-eight spot.