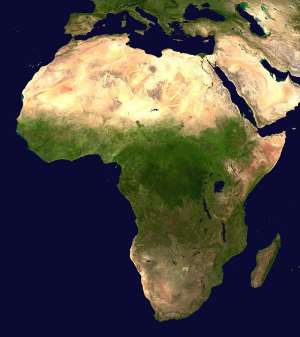 Some 14 outstanding personalities who have contributed to the socio-economic development of the African continent in diverse ways have been awarded at 2019 Africa Sustainable Development Awards ceremony organised by the Northern Ghana Aid (NOGAID-Ghana) and its partner, Abantu Centre for Public Trust.

The Award, according to the Executive Chairman of the NOGAID Ghana, Mr. Mustapha Sanah was instituted to celebrate, recognise and honour great achievers in Ghana and Africa, especially those leading the fight against major challenges of the continent such as; poverty, diseases, conflict, terrorism, transnational crimes, proliferation of weapons of mass destruction, environmental degradation and pollution among others.

Speaking at the ceremony held at the Best Western Premier Hotel in Accra, Mr. Sanah noted that the Sustainable Development Awards aimed at building a coalition of committed change agents across Africa.

The Executive Chairman noted his organization, NOGAID Ghana is poised to leading the charge for a new prosperous Africa where the issues of health, water, sanitation, education, gender, and food security are addressed among the less privileged.

Speaking as Guest Speaker at the maiden Africa Sustainable Development Award ceremony, Hon. Prof. Steve Azaiki, Member of the House of Representatives National Assembly of Nigeria, said the African continent has no excuse to be poor, given the numerous national resources at her disposal such as oil, cocoa, timber, gold, diamond, iron ore, bauxite and vast fertile lands and water resources.

He observed that the overriding issues of poverty, hunger, underdevelopment and corruption among others in most African countries are created by bad leadership.

Hon. Prof. Ziaki encourages leaders of the continent to make their citizens proud by making judicious use of national resources to benefit the people.

The colourful event was chaired by Naa Jacob Mahama, a Representative of His Royal Majesty, Ya-Na Mahama Abukari II, King of Dagbon.

Increase farm gate price of cocoa to GHS1k per bag for farme...
35 minutes ago