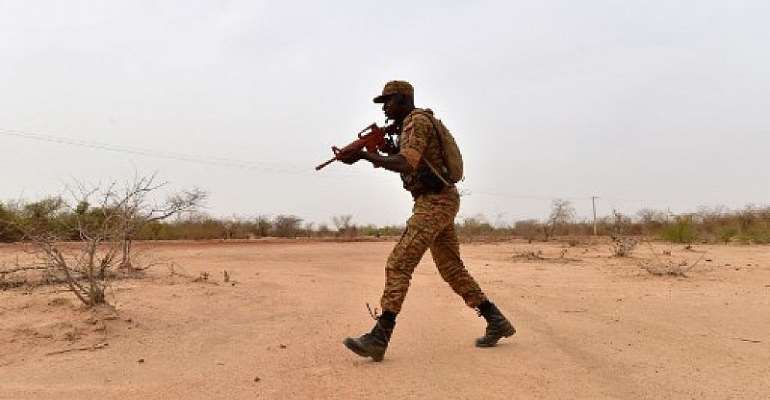 Eleven soldiers were killed late Tuesday in northern Burkina Faso, as a delegation of government ministers visited a nearby village where a jihadist attack earlier in the day left 35 civilians dead. It's one of the deadliest assaults in nearly five years of violence in the country.

According to a security source, a military patrol was ambushed in Hallele, in Soum province, near the border with Mali.

Earlier on Tuesday, jihadists swarmed the town of Arbinda, some 60 kilometres away, and killed 35 civilians, most of them women. Seven soldiers were killed in a simultaneous attack on a nearby army base.

No group immediately claimed responsibility for the attacks, but jihadist violence in Burkina Faso has been blamed on militants linked to both Al-Qaeda and militants with the Islamic State armed group.

A delegation including the Defence minister and at least five other government ministers, made the trip to Arbinda to encourage the security forces and population to continue fighting Islamist violence that has spread across the Sahel region since Islamists took over northern Mali in 2012. .

France has deployed 4,500 French troops in the region, in addition to the 13,000-strong UN peacekeeping force in Mali backing national forces of the G5 Sahel nations, Chad, Burkina Faso, Mali, Mauritania and Niger.

Niger's President Mahamadou Issoufou expressed his solidarity and offered "condolences for all civilian and military victims", on behalf of the Nigerien people.

The head of the European Council, Charles Michel, tweeted that “The European Union stands by Africa in its battle against terrorism."

In his traditional Christmas message, Pope Francis urged "comfort to those who are persecuted for their religious faith… and to the victims of attacks by extremist groups, particularly in Burkina Faso, Mali, Niger and Nigeria".