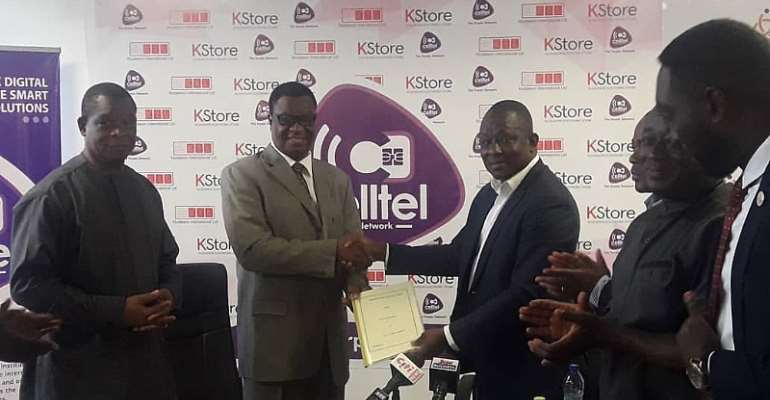 The two companies have therefore signed a memorandum of understanding (MoU) to mark the commencement of their business relationship.

Celltel and its project partners such as Aristotle, Hughes Corporation, Cisco (represented by Sylversys Consulting International), Apple and some local broadband spectrum licensees are currently funding the installation of the nationwide Wi-Fi infrastructure and provision of affordable smart devices to ensure that customers across the country will have the devices and connectivity.

The devices and service will be on a monthly subscription basis and Ed and Co would focus mainly on structuring how the various categories of customers will finance their subscriptions.

As part of their work, Ed and Co will also structure and manage the relationship between various institutions/individuals and the banks that will underwrite the subscriptions on their behalf.

The Ghana Smart Cities project has been designed to provide an affordable nationwide Wi-Fi network in collaboration with the local government institutions and other strategic and relevant government agencies.

Founder and Executive Chairman of Celltel Networks, Dr. Prince Kofi Kludjeson who signed on behalf of the company, told journalists that the company has already profiled several communities and institutions across the country and has developed a strategy on how to deploy infrastructure and provision of KQ branded handheld smart devices as well as laptops and smart televisions on monthly subscription basis.

He said the company has already recruited several young Ghanaian professionals who have been working with partners abroad to establish a reliable network and build custom-made solutions for various categories of subscribers.

"We are also at the finishing stages of an assembling plant within the Free Zones enclave at Tema to ensure local assembling of affordable devices sooner than later - this will provide jobs for several young Ghanaians," he said.

The Celltel Founder said the project will be a source of business for several young entrepreneurs who will be the main agents in the various districts and get to share in the wealth that will be created locally.

"We also believe our strategy sits well with the recently announced vision of the Communications Minister, Ursula Owusu Ekuful to include all Ghanaians in the digital economy via the provision of affordable smart devices to enable many to access the various digital platforms being created," he said.

He is confident that when the project takes off in Ghana, it will spread to the rest of Africa, saying that people in Nigeria and Liberia have already started showing interest.

Chief Executive of Ed and Co, Emmanuel Dabi said they are already in talks with several banks and Finance organizations who have expressed interest in underwriting subscriptions for prospective customers.

"We cannot mention names of the investors at the moment but discussions are in earnest and they are very promising," he said.